This week marks the 200th anniversary of the founding of the place where I live – #Waterlooville200 here in Hampshire, close to the coastal city of Portsmouth. Our town was, as one might expect, named after the battle and there are many local reminders named in honour of the key individuals – Nelson, Wellington and Waterloo itself. 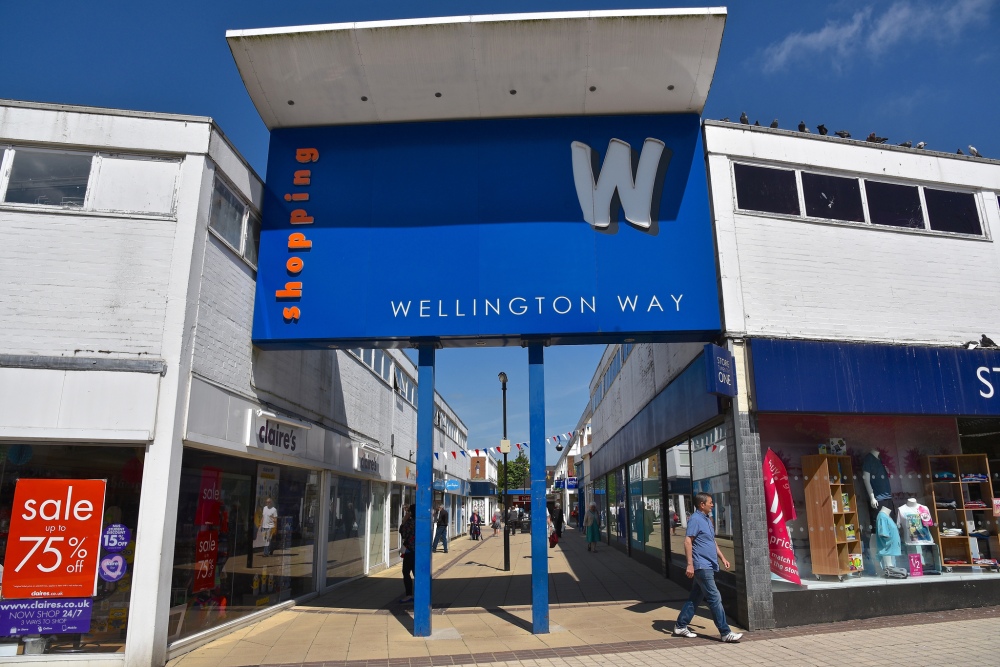 In a rather low-key but quite typically British manner, Waterlooville now in the Borough of Havant, has marked the occasion with a range of interesting events and talks about both the history of the area and Waterloo itself. 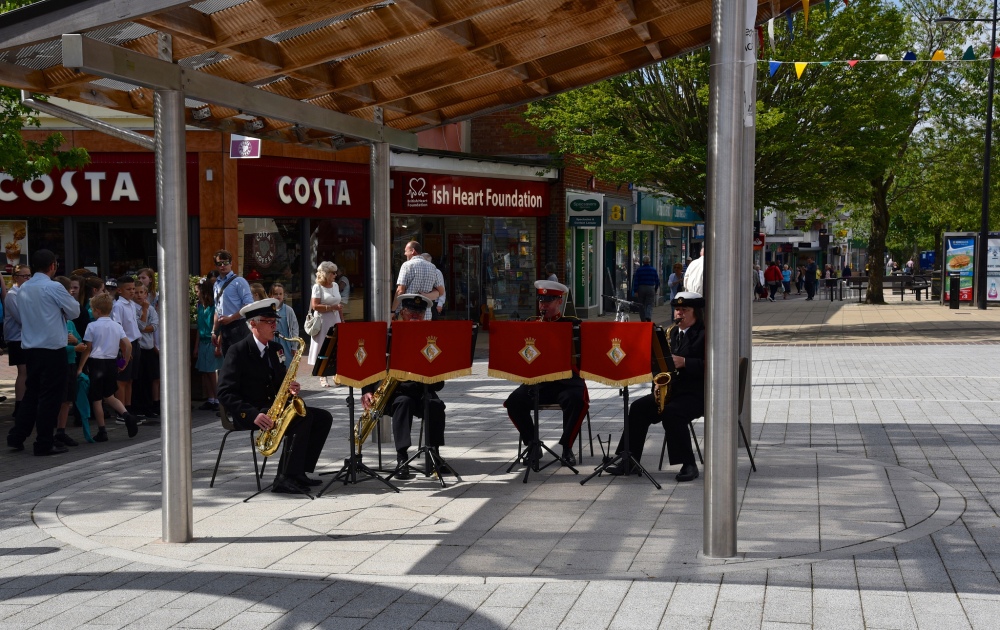 Today, it was about commemoration of the importance of the Battle of Waterloo and these pictures will show the unveiling of a rather striking plaque by artist Bruce Williams.

The ceremony was performed by Her Worshipful The Mayor of Havant, Councillor Leah Turner in an unveiling ceremony masterminded by Julia Nelson-Tomsen from Waterlooville Library.

A four piece band – HMS Saxophone Quartet – tirelessly kept the crowd entertained, a general salute was played by bugler Lieutenant Commander Crisp MTC after which the plaque itself was unveiled to general applause.

There’s an apocraphal tale about the naming of the then settlement (little more than a crossroads 200 years ago) that tells of foot soldiers from Belgium, returning on the battleships from the fields of Waterloo to Portsmouth and walking on what is now the old A3 or the London Road up to the capital.

En route, they apparently stopped at an unnamed inn at the crossroads which was located on the horse and carriage route to the coast and told the landlord that he should name it after them, the Heroes of Waterloo. Hence a settlement was named and the ville part was added afterwards (I think to differentiate it from other villages called Waterloo). Whether its true or not, (the historians are a little cynical about it), the dates fit. The inn (built between 1814 – 1816) soon became known as the Heroes of Waterloo Inn and a settlement grew up around it.

What I learned on local historian Steve Jones’ history talk is that the little settlement of Waterloo, then Waterloo-ville, grew up principally because of its position on the Portsmouth to London road.  It’s roughly eight miles from Petersfield and a further eight miles onto Portsmouth – so a perfect resting place for weary travellers in horse and carriages.  Eight miles was the distance a team of horses could travel before resting.

Waterlooville, as it’s now known, is built on the historic Forest of Bere which covered most of Southern England. It became a Royal Hunting Forest just after the Northern Conquest with Charles 1 being the last king to hunt in the old forest. In 1810, parliament passed effectively an act of disafforestation over the Forest of Bere which was eventually parcelled up for sale and sold off.

It seems that the first people to move to Waterlooville were successful merchants from surrounding cities like Portsmouth who wanted a country estate with gorgeous sweeping fields over the South Downs.

These substantial villas have long since gone as have most of the historic buildings of Waterlooville but there’s still two remnants of substance remaining close to me – Queen’s Inclosure  and the nearby, smaller Park Wood, which used to be the walled garden of the Hart Plain House estate and is today cared for by a team of dedicated volunteers.

So I’m pleased to have attended these 200th anniversary celebrations – proud of the heritage of Waterlooville as a footnote of history – and I rather think that those weary soldiers and sailors returning home from the battlegrounds would be rather honoured by the way they have been remembered here by their descendents today.  Lovely plaque #Waterlooville200.  Bravo – good job, done well. 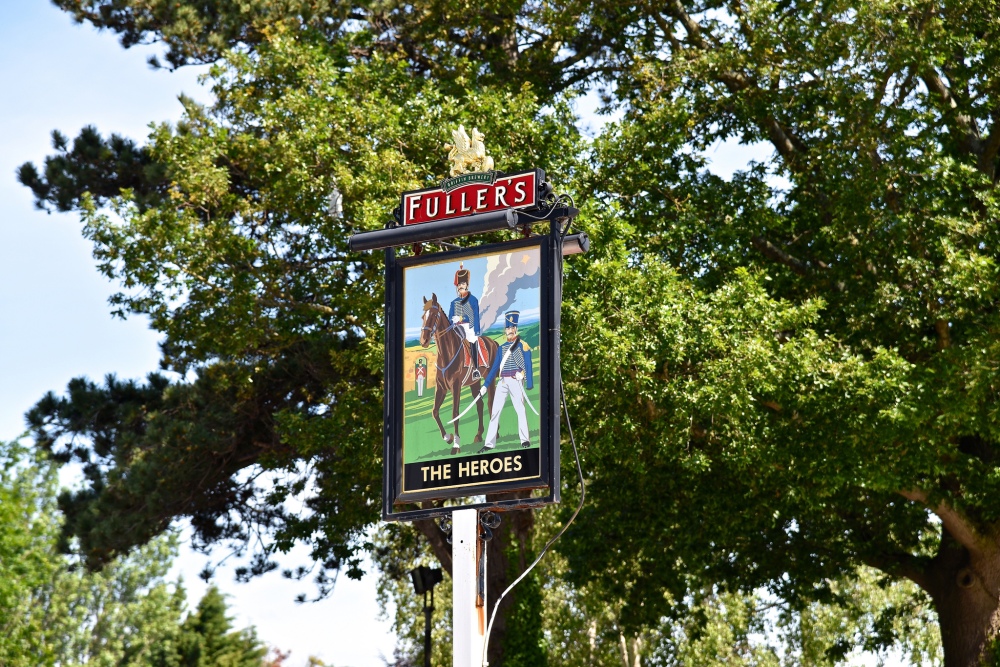 If you want to join in the fun, there’s still time – come to Waterlooville Precinct this Saturday from 10.30 am when Waterlooville’s new flag will be unveiled amidst a carnival atmosphere.