When you visit a new city, don’t you wish you could see its situation and understand it from the air?  You can do so when travelling to Belfast of course but it is quite rare. 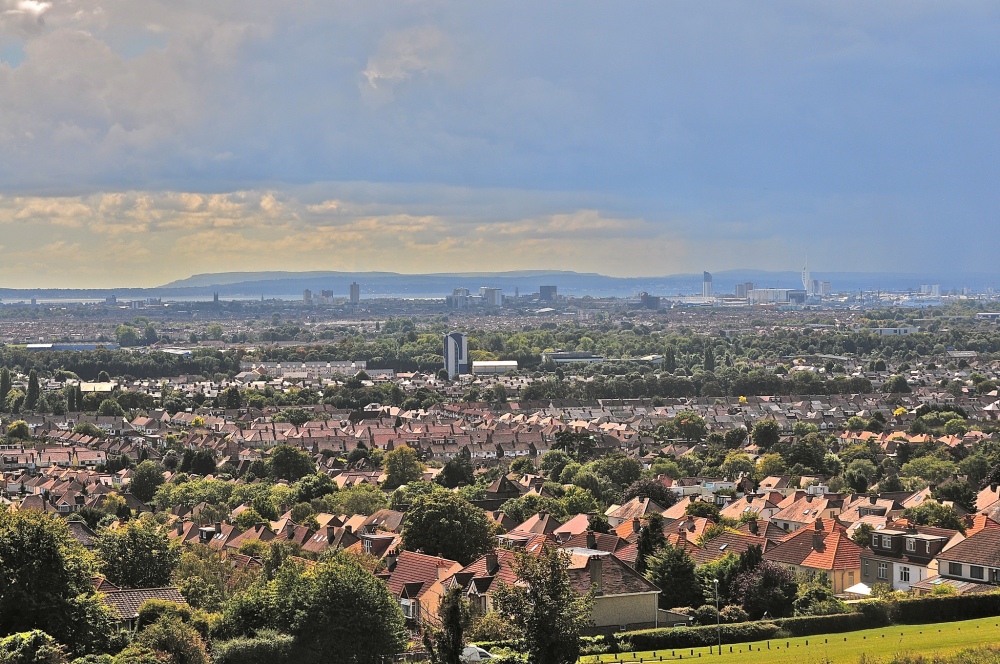 In Hampshire, it’s uniquely possible, thanks to the long chalk ridge of Portsdown Hill.  The highest point lies within Fort Southwark at 132m above sea level.

This amazing position of course affords unbeatable views to the South over Portsmouth, The Solent, Hayling Island and Gosport with the Isle of Wight beyond.

It’s always been one of my favourite places to visit, especially with The Hound as there are some viewing points with wide swathes of green field for him to investigate. 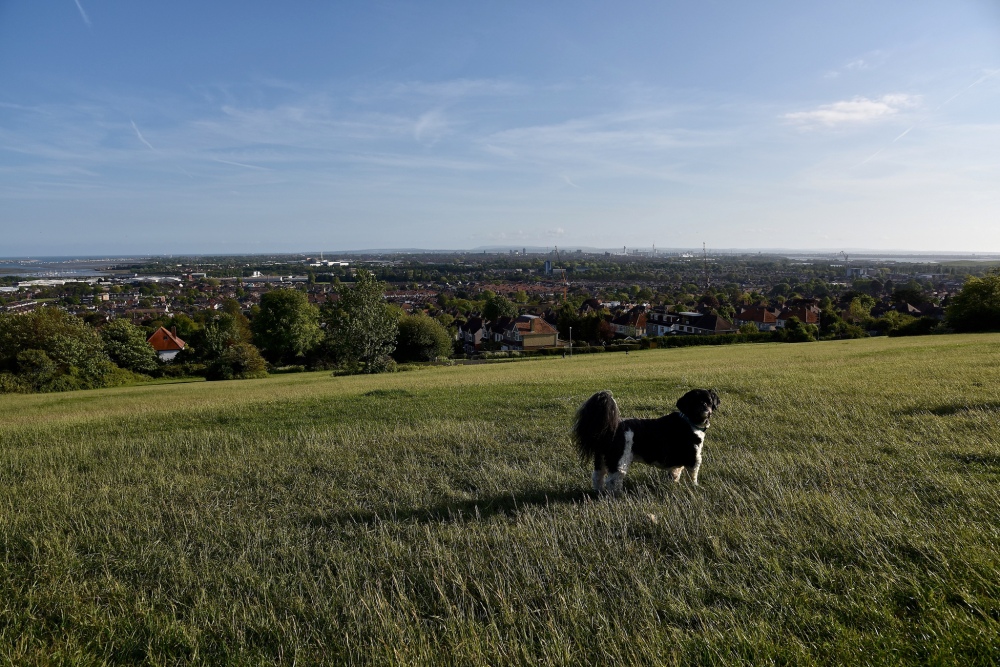 There’s even a point near The Churchillian where you can see the Solent and the city of Portsmouth on one side and to the North, the green fields of the Hampshire countryside on the other – Southwark House (Dwight Eisenhower’s HQ for the D-Day Landings, the Forest of Bere, the South Downs and even Butser Hill on a clear day.

The best thing is, you can drive along the crest of the hill and stop by a number of viewing slots – each with a slightly different vista – and if you are hungry, of Mick’s Monster Burgers, beloved of leathered bikers and flocks of seabirds alike, both seeking a repast!

Image two – Looking out over the city to Eastney and Portsmouth

Image three – Showing Hayling Island, The Solent and Portchester with Southsea beyond