For me, the ripening fields of bright yellow rapeseed signal the first sign of spring.  This year, they seem to have appeared a little earlier than usual along Lovedean and Chalton Lanes near Clanfield, Hampshire.

I wonder where the next crops will – well – crop up – as normally, I would expect to be be seeing a cloth of gold across the countryside by late April / May so these fields are my early warning siren I guess!  The blooms, as you may know, are farmed for bio-diesel, vegetable oil and animal feed. 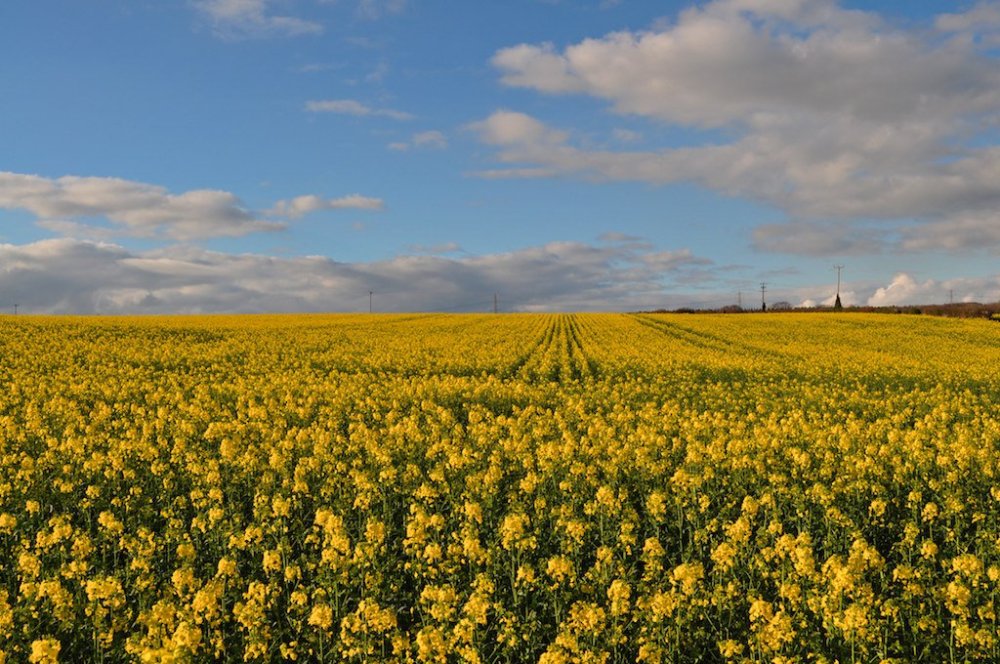 If you are wondering about where the name comes from well the word “rape” as applied to oilseed crops is derived from the latin word “rapum” meaning turnip.  Rapeseed has been farmed across Europe for centuries but it was only cultivated on an industrial scale from the 13th century for use as lamp oil.