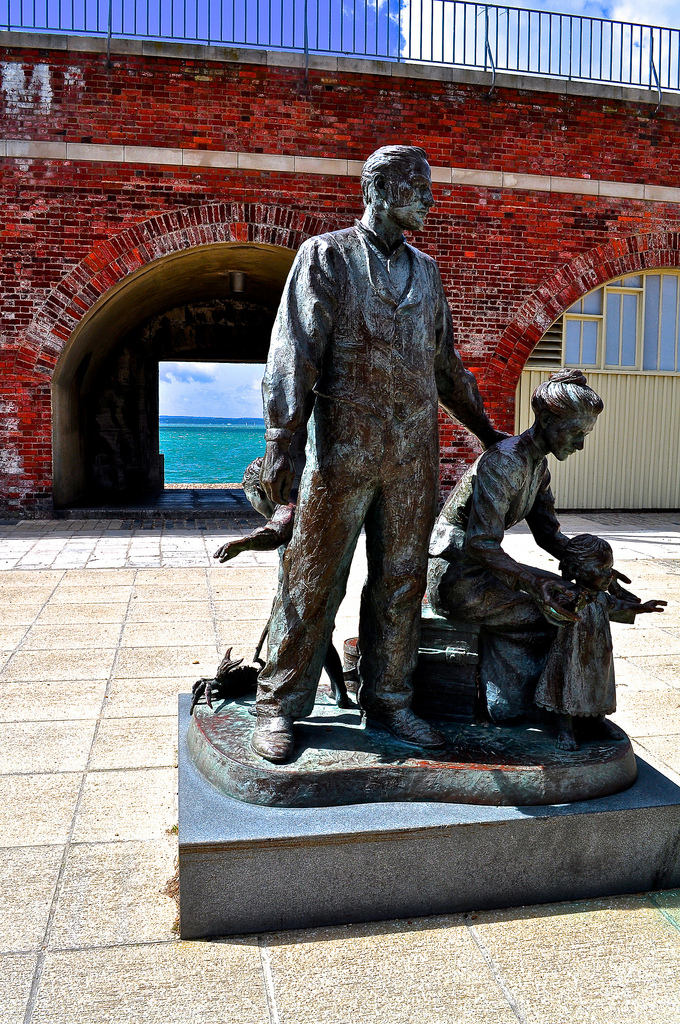 The Pioneer Statue is located on Broad Street, Old Portsmouth close on the water side to one of the old Sally Ports.  It was presented to the City of Portsmouth by The Pioneer Heritage Foundation on 27th August 2001 to act as a “permanent legacy to the commitment of the Europeans who courageously left their native land to create a new home in America”. 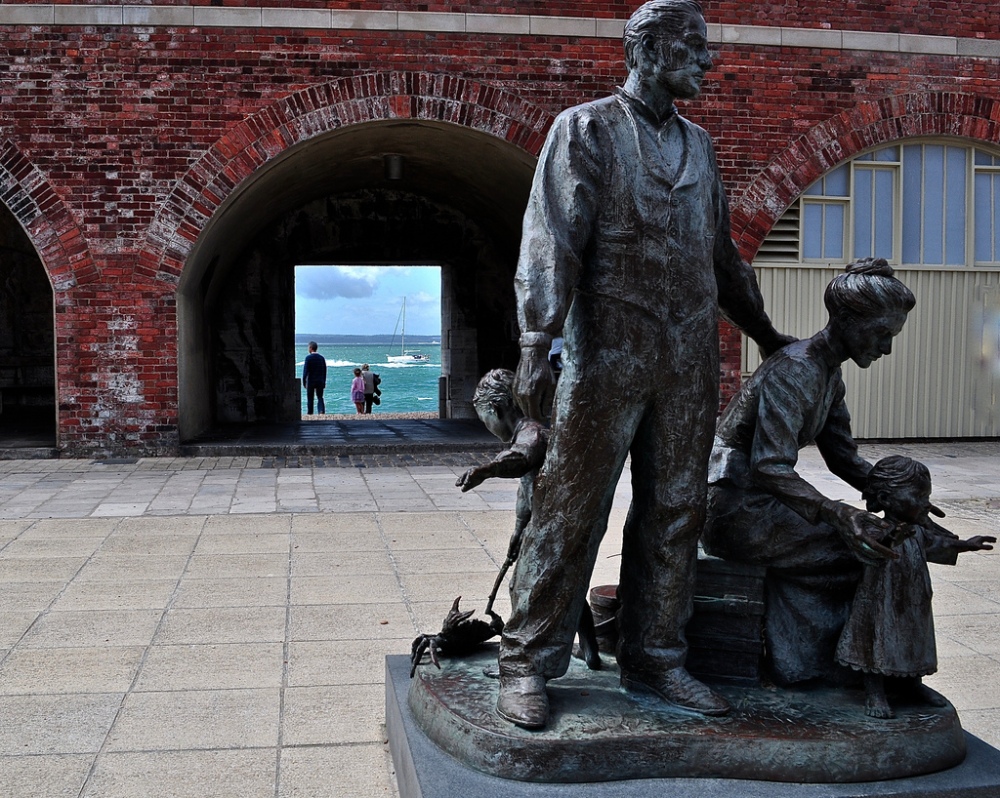 It also stands to commemorate a rather chequered history, it would seem, belonging to a 2001 project with Sea Trek 2001 to commemorate the exodus of members of The Church of Jesus Christ of Latter-day Saints (LDS Church) from Europe during the 19th century.  Eight sailing ships were rented and sailed around Europe with three evenutally sailing over to New York.  The funding for the venture however doesn’t appear to have been fulfilled and many suppliers seem to have been out of pocket as a consequence.

Whatever the truth of the matter, Portsmouth has gained by a rather lovely – evocative – bronze statue and similar replicas can be found in Kingston-upon-Hull and Liverpool.  According to online sources, the sculptor is Neil Hadlock.