It’s like waiting for a bus for ages. First one comes and then another in close succession.  So it is with the former catering wilderness that was, until recently, Southsea Beach in Portsmouth, Hampshire – even The Guardian picked up on the new Southsea buzz a few weekends ago.

Taking The Hound for walks along the Eastney end of Southsea Beach normally concluded with a  reviving cup of coffee for me and a sausage roll for him from the Coffee Cup trailer. 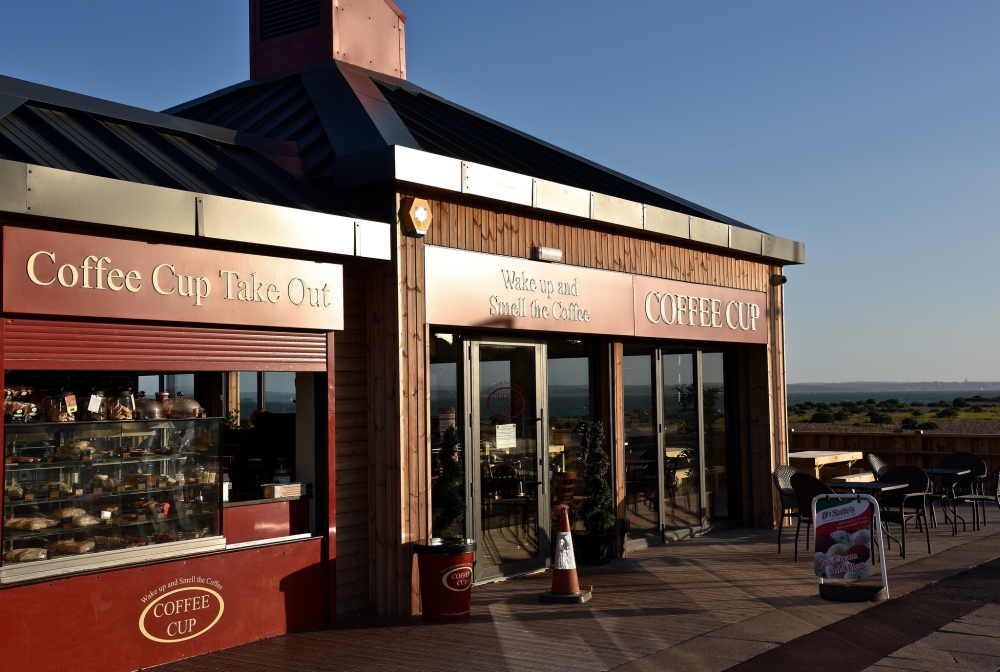 Things, however, have moved up a notch in March of this year with the Coffee Cup now sporting a classy new look, an indoor and outdoor seated area and even a row of directors chairs actually on the beach!  Happiness! 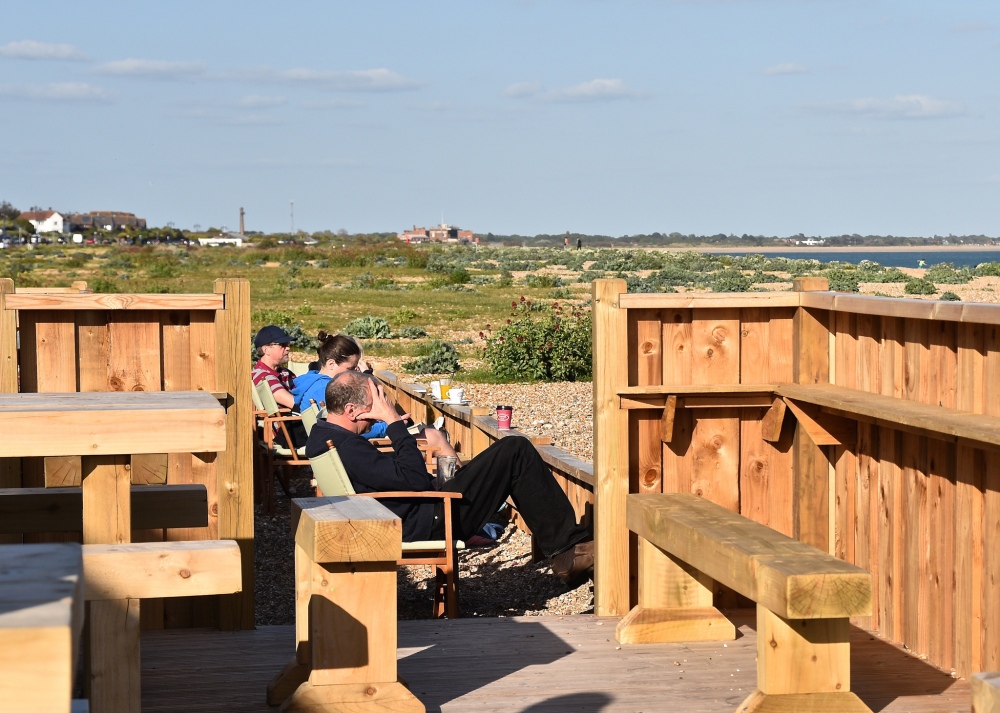 The staff – as always – are charming, friendly and efficient and very dog friendly.  (They serve a wonderful Apple Crumble cake by the way). 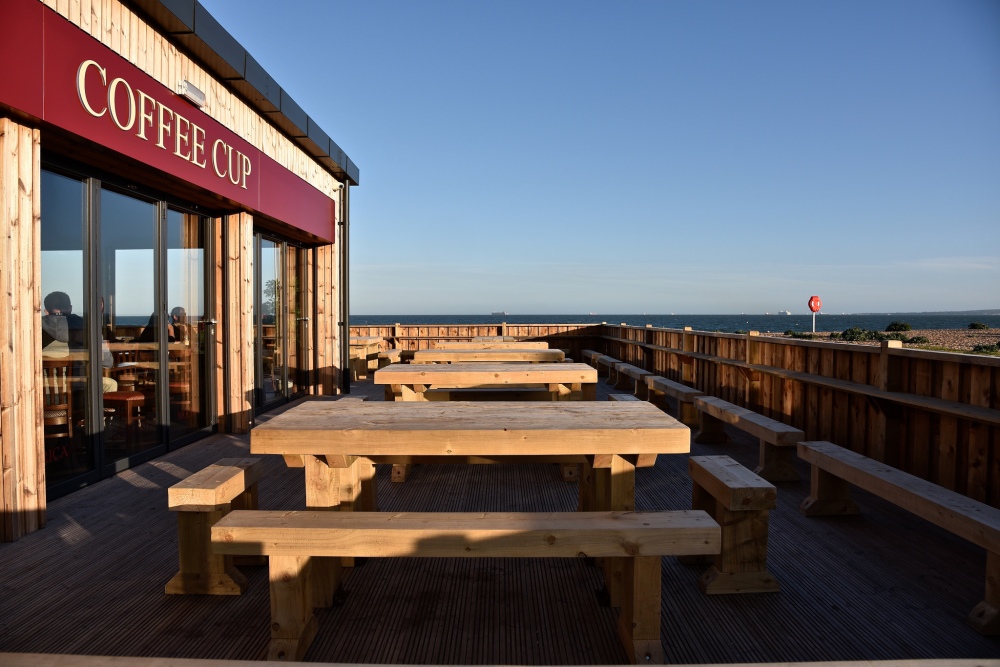 Nearer to South Parade Pier, be still my beating heart, another little treasure has opened up.  The Southsea Beach Café is a little café oasis, perhaps a little more design-centric and features products from the local area.

When passing recently, we were greeted with warmth by the manager who invited us to take a sneaky peak in the restaurant.

We can’t wait to try this out when they switch to summer opening hours (this coming week I believe) – we seem to always visit out of hours! The menus however look delicious.

The Hound is begging me to return soon as he was given a biscuit on his brief visit and invited to try their Billy & Margot’s doggy ice cream!  So – with again, a friendly warm welcome, you can safely bet that we will be experiencing the delights of the Southsea Beach Café very soon! 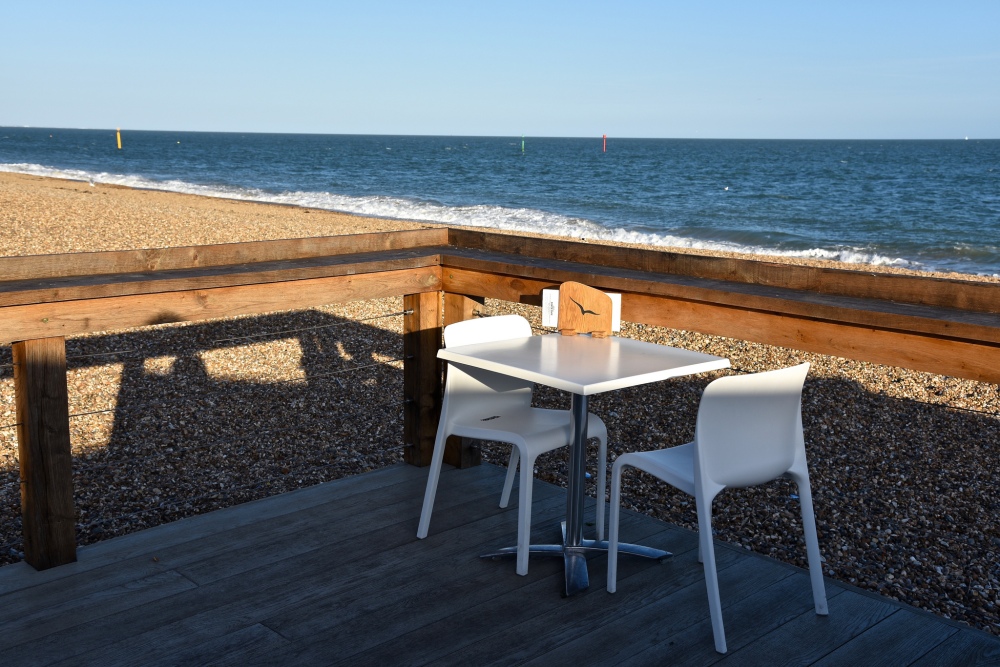 The good news doesn’t stop there – at least I hope it doesn’t.  A quartet of local businessmen have now bought South Parade Pier and have already invested £500,000 for emergency infrastructure repairs.  They hope to have a walkway on the pier open to the public by this summer. 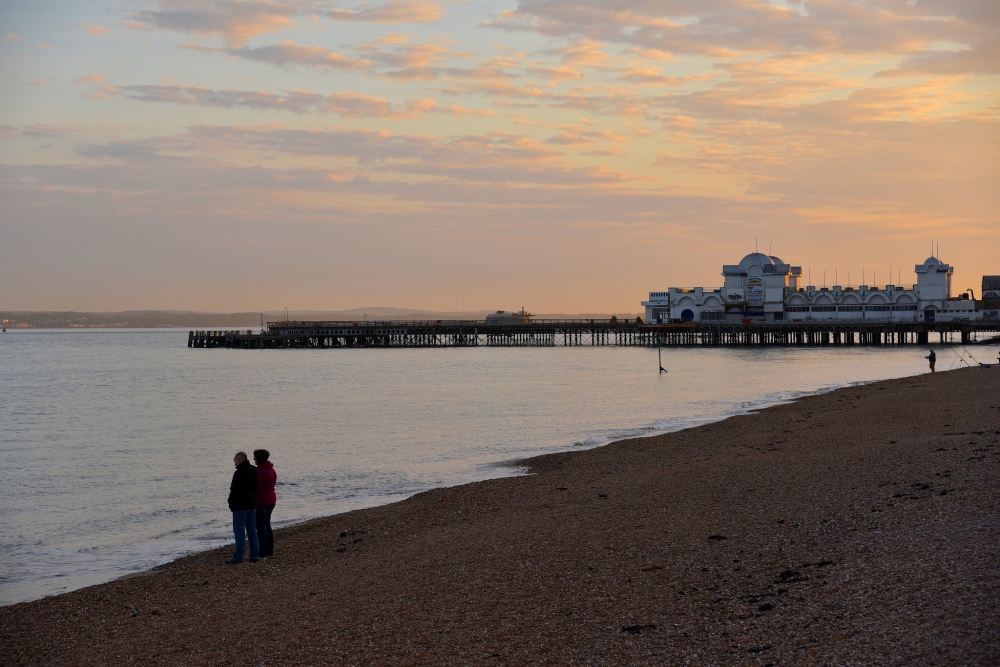 We have seen repeated reports about investment from all the previous owners of the Pier which meant very little so let’s keep all fingers crossed that they mean what they say.  As the shops were open yesterday under the canopy, and as some of the hoarding has come down, it’s looking promising and I wish them success. For news updates, click here.