Following on from my previous post sharing some of the secrets I found when I visited the legendary Côte d’Azur last December, these next three finds have a definite food and drink edge to them. 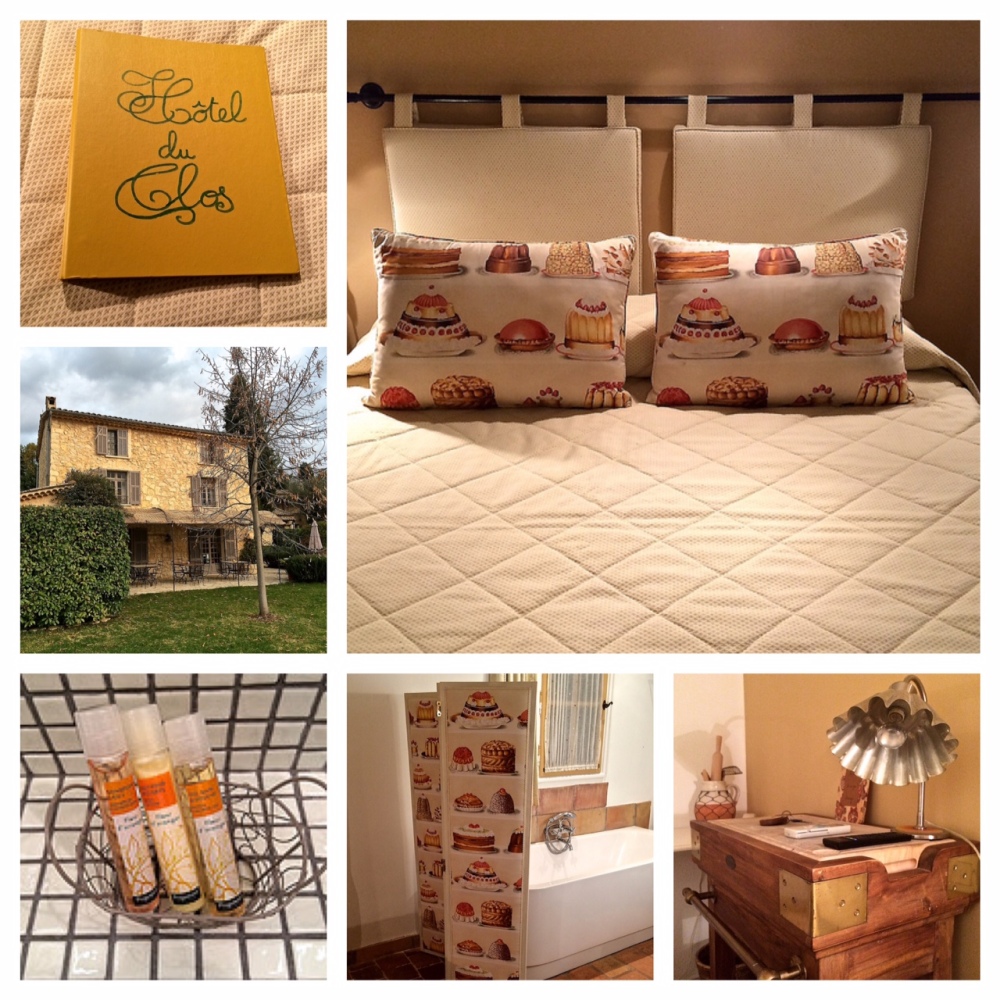 It started at the Hôtel du Clos in the rural village of Le Rouret (15 mins drive from Grasse) which is, in essence, a miniature hotel. It’s a pristine, exquisitely decorated establishment of just 11 rooms and offered the choice of accommodation in the main house or in an outbuilding, I chose the latter – room 6 – The Patisserie. It’s decorated to suit its former purpose (the farm’s bakery) – cakes and tarts fabrics abound, a butcher’s block stands in for a bedside table, Fragonard toiletries, a rolling pin takes the place of a towelling roll and jelly moulds are cleverly transformed into lampshades. Wifi friendly, in a peaceful environment, the owners also own two nearby restaurants which serve delicious repasts – I tried the one Michelin starred Restaurant Le Clos St Pierre, overseen by chef Daniel Ettlinger. Just about as sweet as you can find. 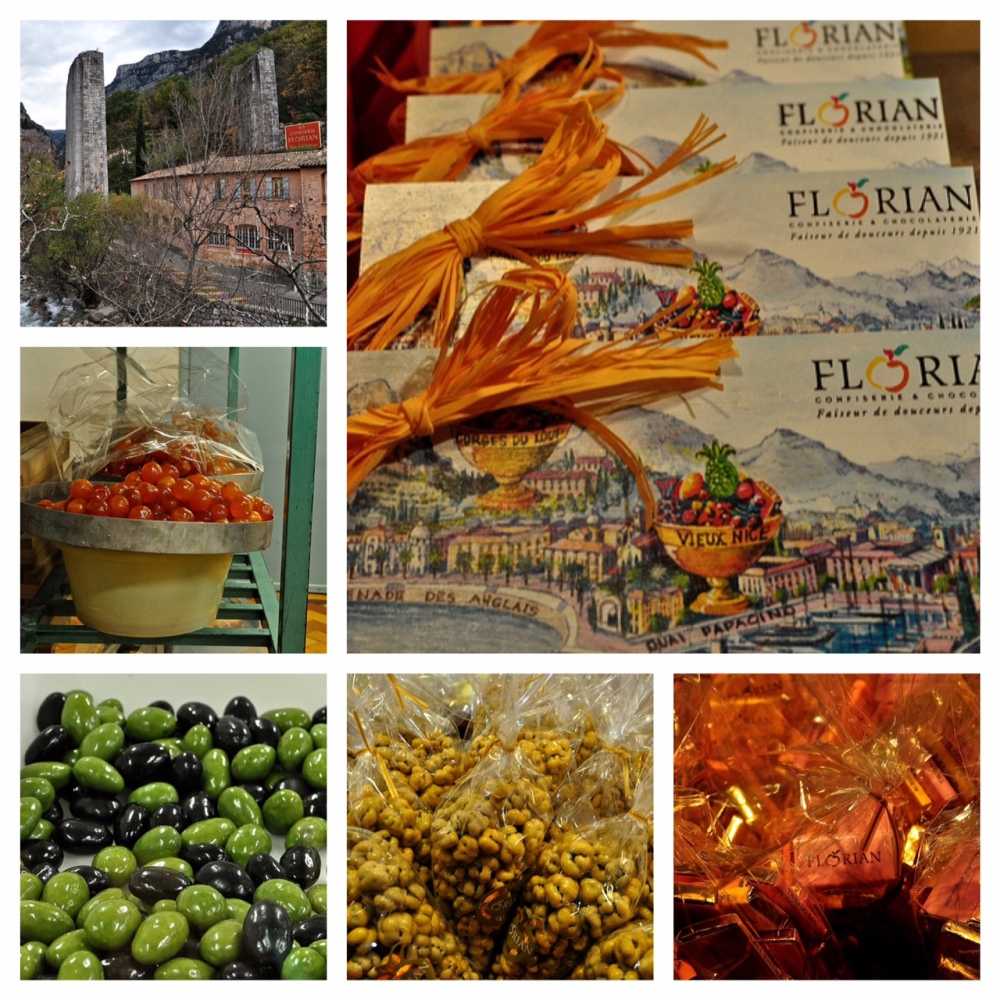 Travelling along the roads on route to a perched village, I suddenly saw the word Confiserie Florian and knew, immediately, I had to investigate. This name is synonymous with confectionary in France and as you might expect, you can watch the sweeties being made or just salivate in the candy excess in the accompanying shop. They have a museum telling the history of the firm showing how the area used to look pre-1945 – the towers you see behind the factory in the top image were once used to support a railway line.  This feat of rare engineering was destroyed by the Americans to stop a nazi advance but sadly never rebuilt.  So much changed in France with the second world war. 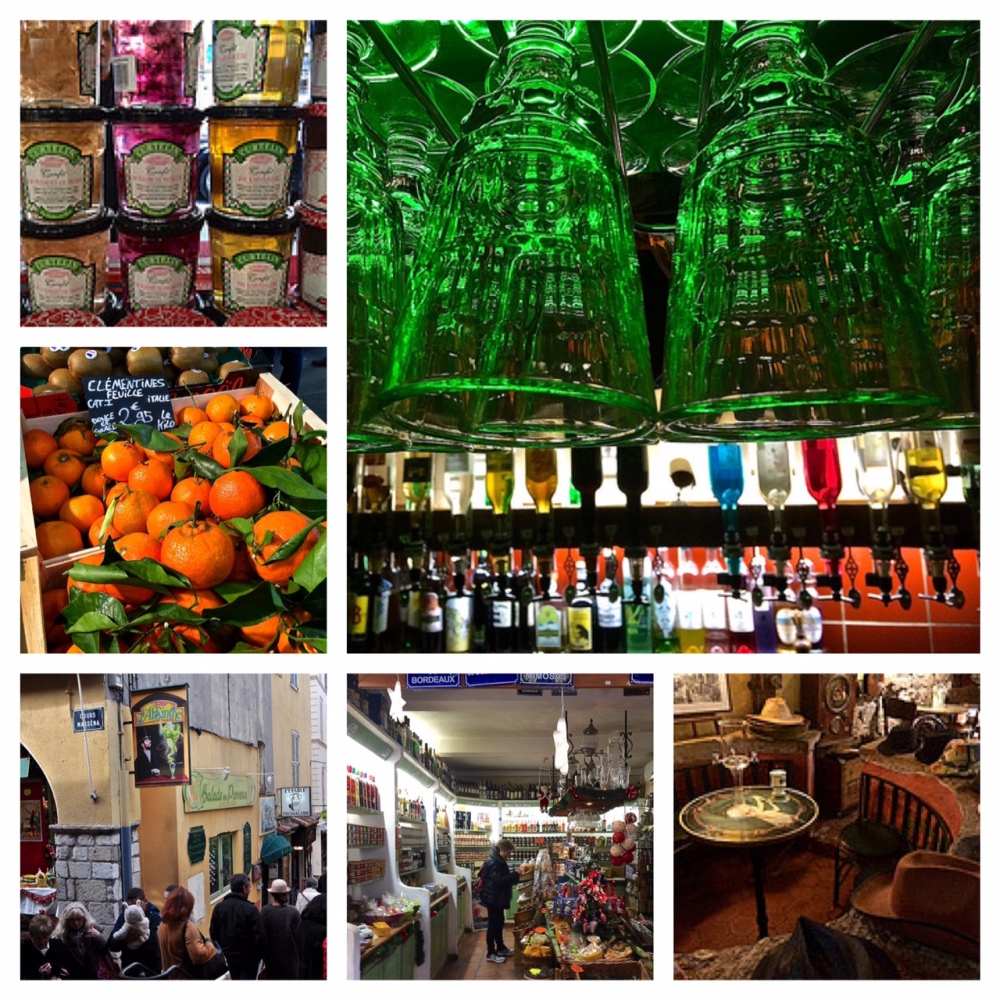 Finally, wandering around Antibes, I had to visit the covered market of course – and the sights and smells were as always in French markets, totally intoxicating. What I didn’t expect to find amongst the jams, clementines and tomatoes was an absinthe bar! This bar dating back to the 1850’s is located alongside the market and hidden in the basement of a grocer’s shop. Climbing down the winding stairs, the first thing you see is a circular seat surrounded by hats. Apparently, they are left by people enjoying a couple of glasses of absinthe – forgotten and remaining in situ to allow modern visitors to “get into the vibe”. Sadly, I couldn’t partake  (it wasn’t open in the morning) but having tried absinthe in The Savoy’s American Bar, I can well believe you could leave more than a hat behind!