Last December, I spent a magical long weekend finding out a little more about a new client – the glamorous French Riviera, haunt of Hemingway, Churchill and Picasso and the habitués of the famous Train Bleu – the overnight train from Paris to Nice. En route, here’s three discoveries that I just didn’t expect to find in the first of three posts from this fascinating region.

Everyone remembers the Hotel Negresco in Nice where Elton danced his way around the property proving he was still standing. This grand hotel however is still independently owned and features some fabulous art and antiques – from original sedan chairs, to one of only three oil paintings of Napoléon III to some wild and wacky 20th century statues and paintings.That I just didn’t expect. It’s a veritable treasure trove.  Glorious.

We probably all know that Pablo Picasso lived and worked on the Côte d’Azur for much of his life – working with the locals who excel in this field to produce ceramics in Vallauris.  I knew him as a sculptor and painter, but as a potter was a new find for me. What I didn’t realise however is that handmade pottery is still made in the traditional Provençal manner although tourists rarely visit these workshops. We stopped off at the Bleu d’argile workshop to watch & marvel at the potters at work. Everyone is welcome – I could have watched them for hours. 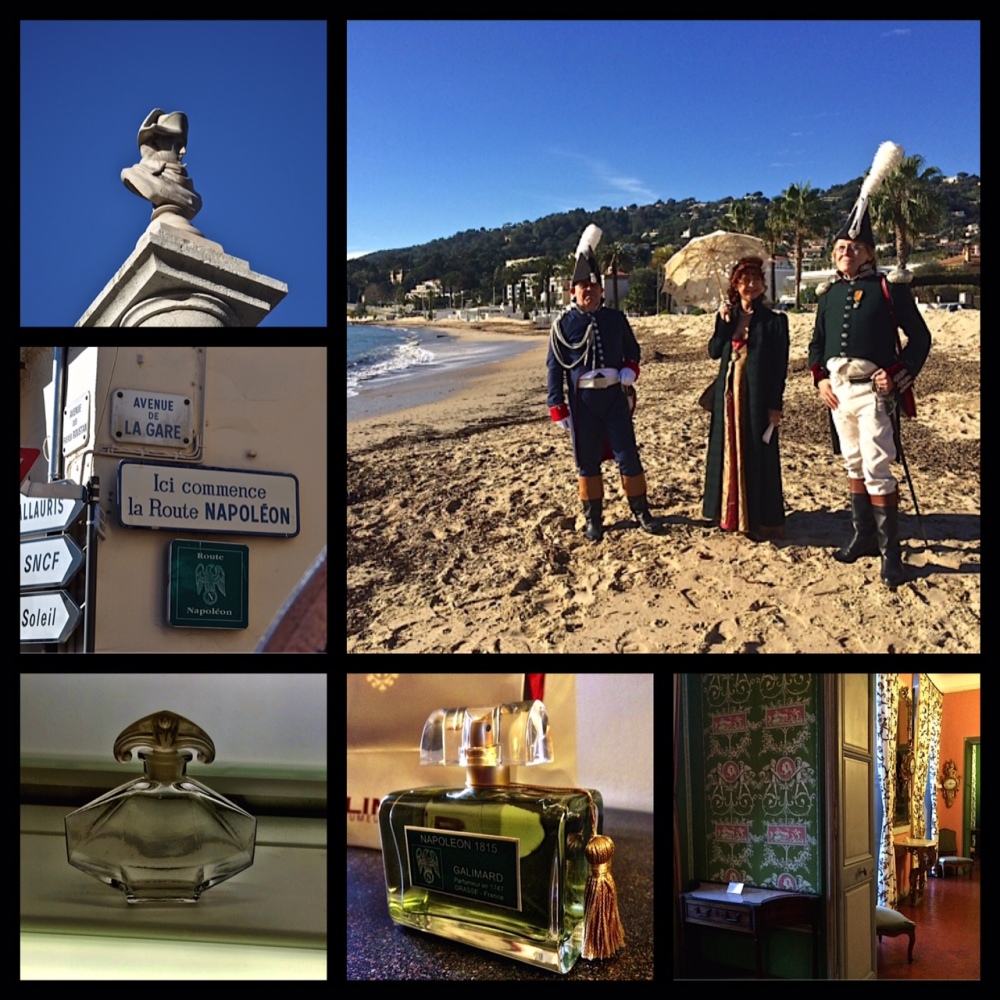 2015 is the 200th anniversary of the Battle of Waterloo – a seismic event in European history and very important for the Côte d’Azur in particular as it was in Golfe-Juan that Napoléon landed for his final debacle when he escaped from Elba. You can follow the Route Napoléon as he marched his way over the mountains through Grasse and the perched villages of the Côte d’Azur – an amazing feat for an army. At Grasse’s fascinating International Perfume Museum (once home to Princess Pauline), you can even see his eau de cologne bottles – he used gallons of scent – or visit the home of one of his contemporaries to give you an insight into the era. Local parfumier, Gallimard, has just unveiled a Napoléon scent to commemorate the anniversary based on the flowers and scents he would have enjoyed on his march.