From certain angles, the award-winning Mary Rose Museum has the look of a flying saucer, landing right next to Nelson’s historic flagship, HMS Victory in Portsmouth’s Historic Dockyard.  When you step inside however, that is where the similarity ends – even though the technology that has brought us to this point in Mary Rose’s history is a little bit space-aged.

What on earth is the Mary Rose you might ask – well, effectively, she was a 34-year old veteran ship, built at Portsmouth, which suddenly keeled over and sank whilst engaging a French invasion fleet as King Henry VIII watched from Southsea Common.

She came to rest on her starboard side and over the years, the tides deposited silts through the open gun ports and hatches thus sealing the contents of the ship within a reduced oxygen environment – and preserving her for us today.  One half of her was therefore saved – the other has been lost forever.  Over 19,000 objects were discovered and salvaged.

On 11th October, 1982, the Mary Rose surfaced to the sounds of klaxons blasting from a myriad of small vessels gathered to watch and from King Henry’s Southsea Castle, a gun salute could be heard.  The Mary Rose had come back to the fleet – and the long years of preservation started – chilled water spraying to protect her timbers as she dried out and acclimatised to the environment  That process is nearly complete, the sprays have already stopped and I believe next year, even the black tubes you see in my photos will disappear too.

The ship is displayed deck by deck and on right you have the half of the preserved timbers whilst you, the visitor, walks on the other side on an imaginary deck – with objects retrieved placed in position, guns ranged alongside with imaginary gun ports, buckets displayed where they last lay.

The exhibition and the skeleton of this ancient ship is beautifully presented, pristinely curated and accessible to all from the serious history buff and marine historian to the excitable rugrats accessing the inter-active parts of the exhibit.

At each level, there’s a display of the exhibits that were found on that deck of the ship –  the belongings of foreign passengers who were on board when she sank; there’s the rather sad skeleton of the ship’s dog, the doctor’s slightly scary and rudimentary array of “medical” instruments and the sailor’s plates, personal items and tankards – just a few of the many “scenes” that you can explore here.  There’s also enough guns and weaponry to keep the most bloodthirsty in thrall too. 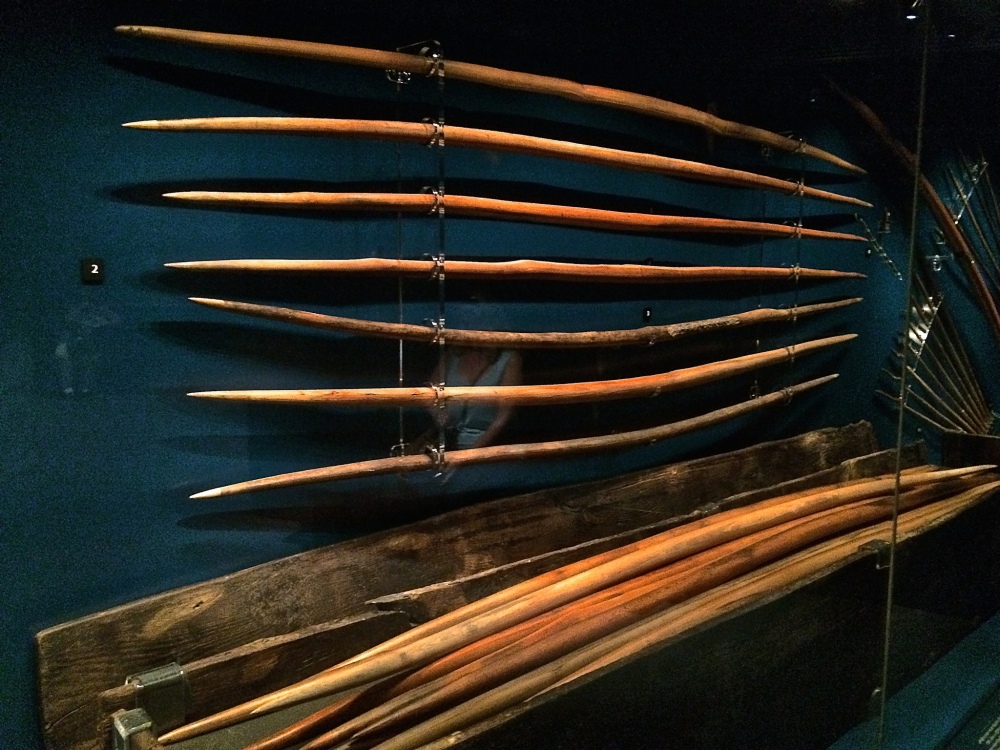 For me however, it is the ship itself that intrigues me.  I remember clearly as a young schoolgirl working on South Parade Pier and meeting the divers and Margaret Rule herself as they were working to bring the ship to the surface – South Parade Pier was their set off point for the Mary Rose dive site.  I therefore find myself with a clear memory link to the Mary Rose having chatted to Margaret and her team for weeks on end and can remember the day she surfaced clearly (although I have to admit, in the cradle in which she came up from the ocean’s depths, I found it difficult to work out what I was looking at!). 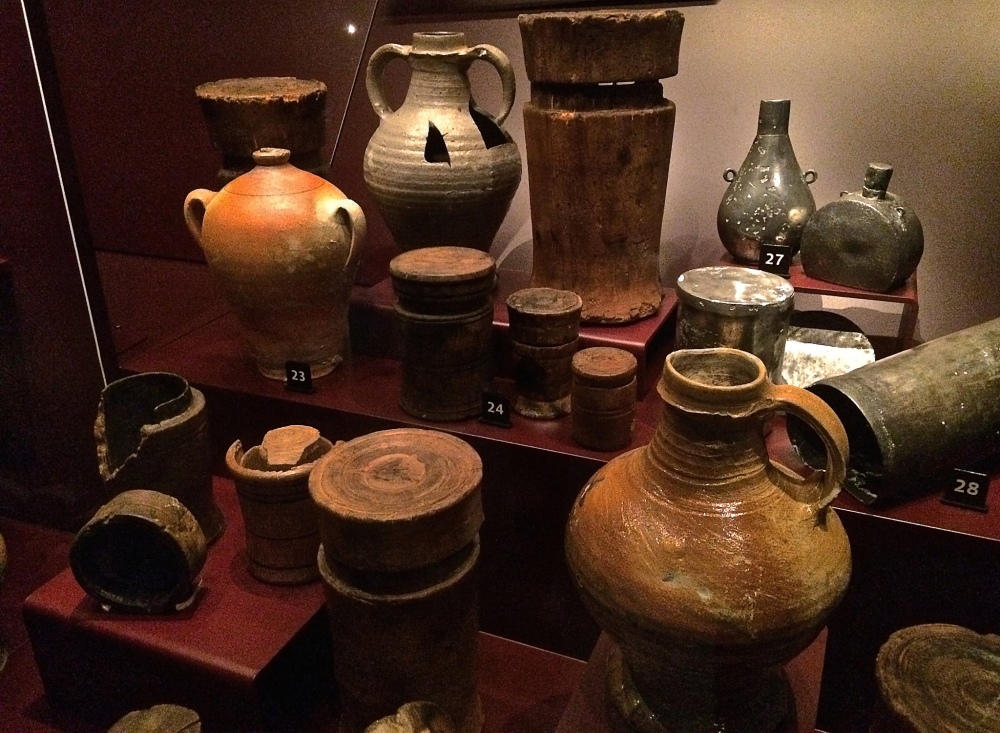 This project to restore and exhibit the Mary Rose is one of true brilliance – an amazing feat of tenacity, determination and perseverance by Dr Rule and her team.  I admire the project as much for the engineering and technology advances that have restored her as much as for the ship herself – and will no doubt be revisiting this fascinating exhibit again and again in the future.

The Mary Rose is finally, half a millennium later, safely back in her home port and shining brightly again.  This is one Portsmuthian who couldn’t be more proud.

Buy your tickets online and save 25% of the cost of entry – GBP21 for an adult and GBP15.75 for a child.  This allows you one year’s unlimited access to all attractions so you can return as many times as your heart desires.  Bargain.