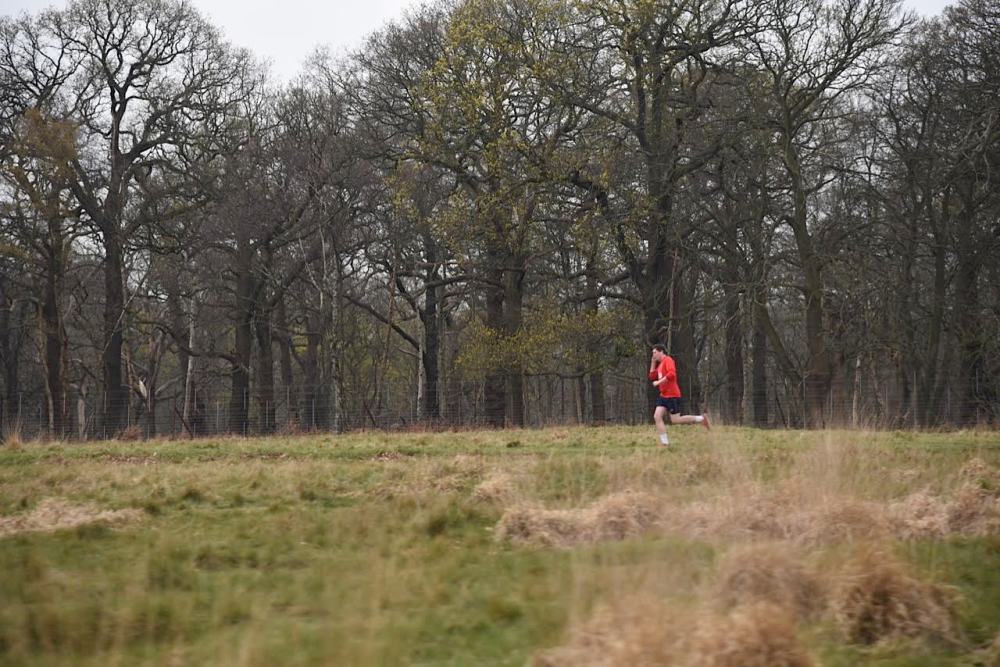 It’s taken me half of my life to finally visit Richmond Park, London’s largest Royal Park in fact. Perhaps its only now that I tend to go for long walks with faithful Hound in tow that I have come to appreciate the beauty of nature – and it doesn’t come better than this beautiful park.

I love an oak tree and this park is the UK’s leading site for ancient trees – there are more than 12,000 of them scattered about.

On this occasion however, I needed a diversion and sans Hound, went for a stroll around Pembroke Lodge in rather misty conditions.

It’s the view – that stunning 360 degree view over the Thames Valley that is the draw however.

It was a former home to the then Prime Minister Lord John Russell but perhaps better known, it was the childhood home of his grandson, Bertrand Russell. 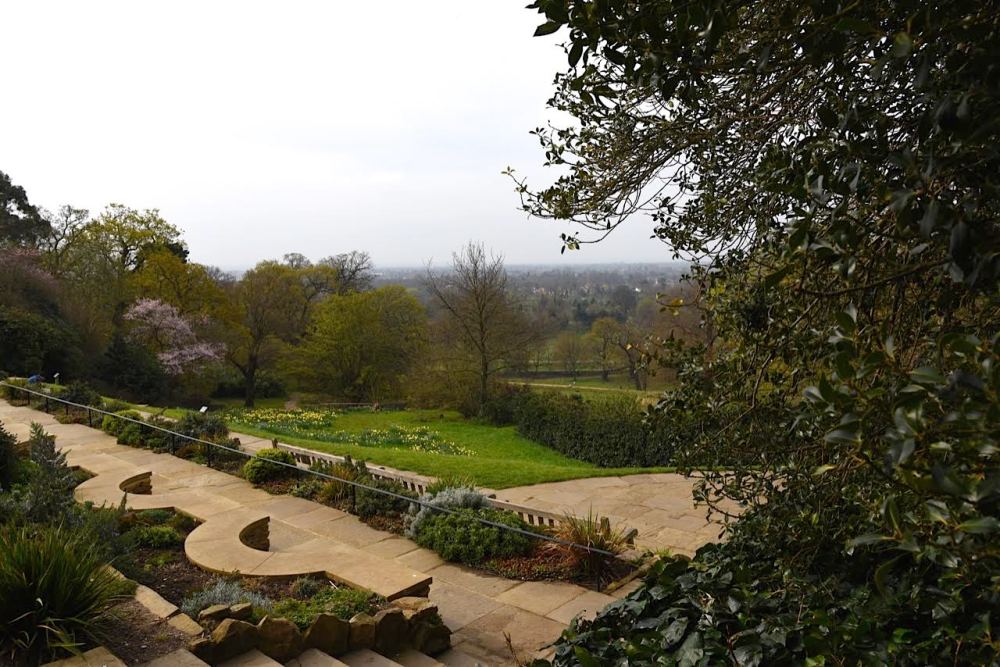 Leaving the tearoom, we walked over to King Henry’s Mound – said to be where King Henry VIII stood on 19th May 1536 to watch a rocket fired from the Tower of London to signal the execution of Anne Boleyn.

That’s probably apocryphal and it’s more likely to be a prehistoric burial chamber from the Bronze Age and possible medieval vantage point. 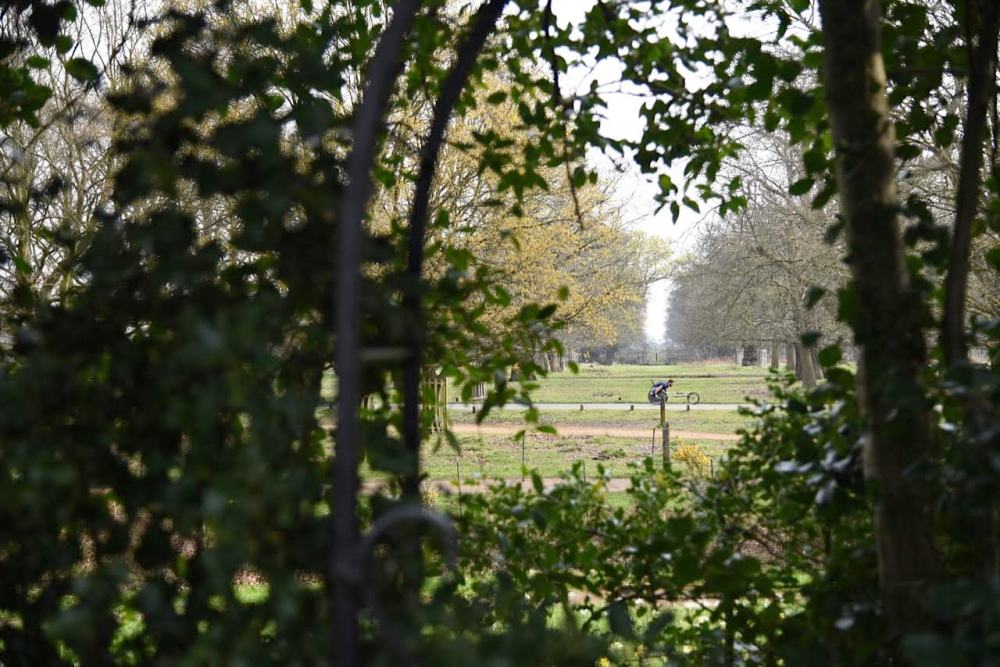 At its peak, there’s one of London’s “protected views” – offering a distant view of St Paul’s Cathedral to the east and the Thames Valley which is faithfully preserved by generations of landscapers to create a tree-framed sight-line from the mound to the dome. No new building is allowed to impede it.

The next time I visit, with Hound in tow, we’ll go to the Isabella Plantation, a 40-acre woodland garden set within a Victorian woodland plantation planted in the 1830’s, known for its evergreen azaleas.  Sounds gorgeous.

We even caught a glimpse – from the car – of the fabled herd of wild red and fallow deer. 630 of them roam the park and have done so – free and protected – since 1529.

Definitely, a must-visit for a future sunny day.