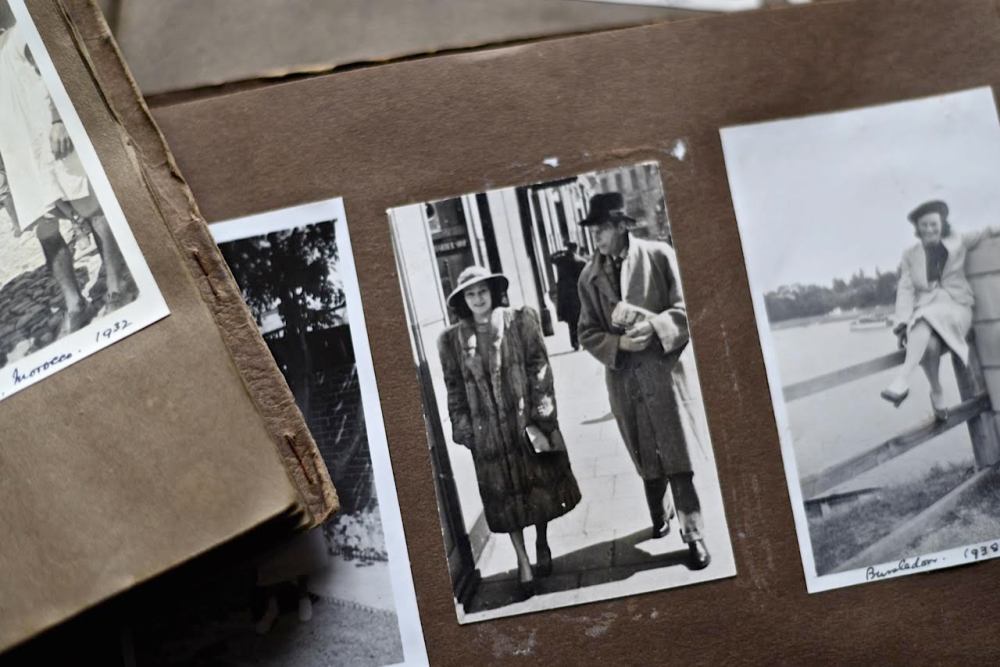 It’s taken a house move and several years before I have looked at the family photos my mother has passed down to me.  I grew up in a happy family, taking for granted my “Auntie and Uncle”, whose ongoing presence meant I never missed my unknown departed grandparents. 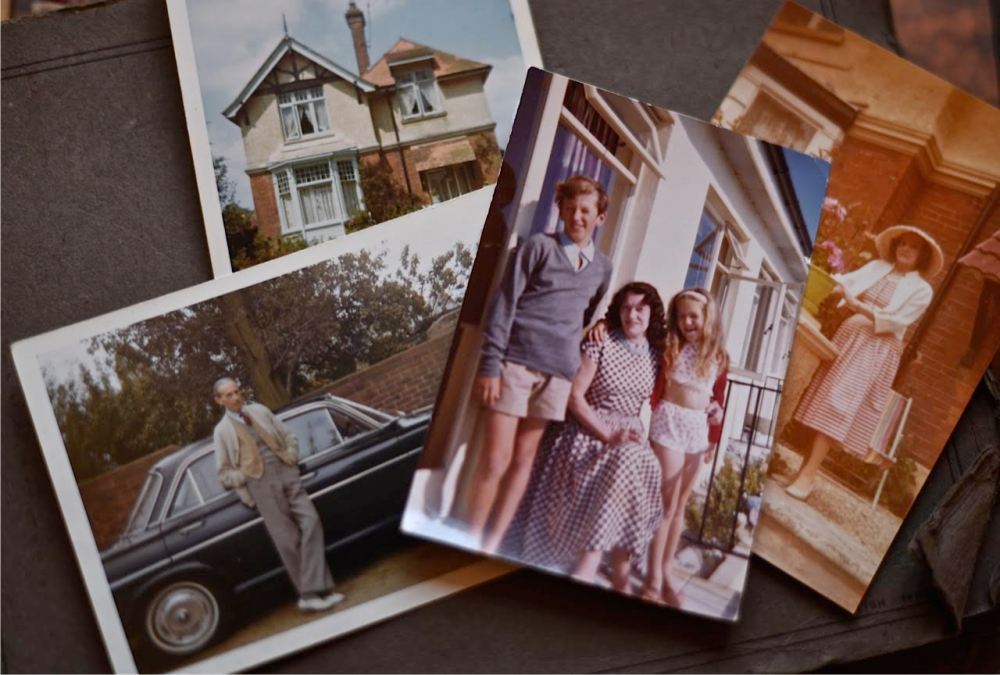 Auntie and Uncle, in fact my great aunt and uncle, always seemed elderly and conservative but also, extremely kind and generous … and bubbling with fun and a sense of the ridiculous.  I remember long summer days playing clockwork golf with my uncomplaining uncle, digging up his immaculate front lawn, and going on “Indian trails” with him, feathers in hair, imagined tomahawk in hand, through his impeccable shrubbery. My diminutive auntie, on the other hand, was a wonderful cook and homemaker, her house as elegant as her own, Chanel-adorned wardrobe.  Always stylish, she could wear the same clothes in her 80’s as she did in her 20’s.

This recent photo hunt has shown me an unknown different side to this couple however – a look into a love story which started in their mid-twenties when both were already widowed – by war and by cancer.  Their meeting was in fact another chance at life for both of them and I now see that they grasped it with both hands.

I have albums of young Vivian and Lou-Lou (as he called her), in North Africa and Europe and I realize that they were unexpectedly intrepid travellers, making voyages of discovery together in the twenties and thirties – by air and by sea – to North Africa and to Europe. Hamburg, Versailles, Paris, Ostend, Fontainebleau, Le Havre, Bruges, Lisbon, Tangiers, Rafat – you name it, they went there – both between the great wars and afterwards in the late 1940’s and 50’s. 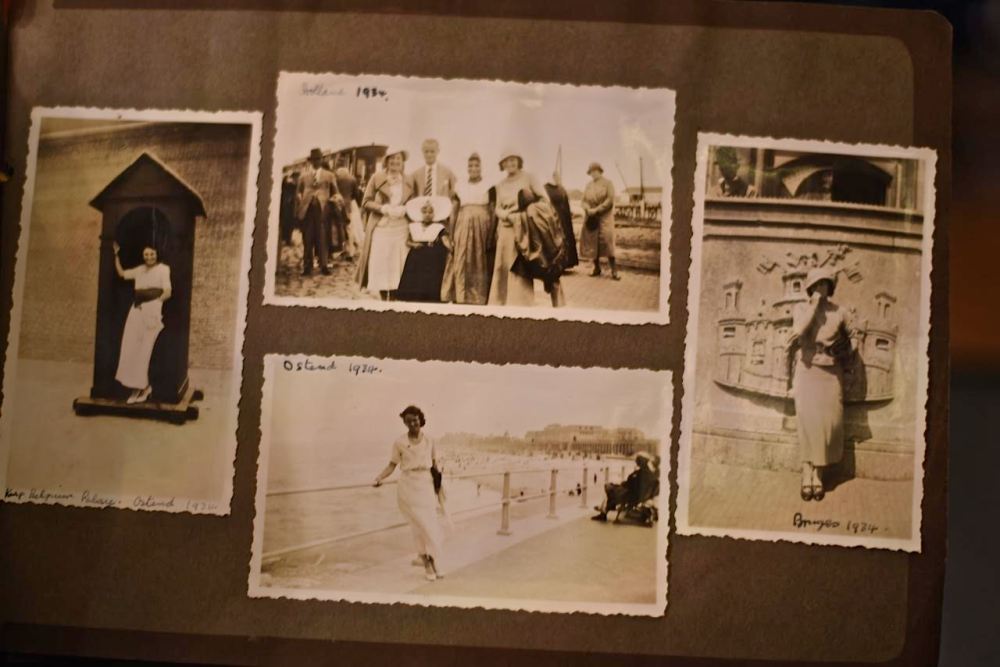 Sitting here with me are other treasures from their life together.  My uncle was a lifelong photographer, taking images with his beloved Kodak Box Brownie and these are the shots that you see here in this post – taken from his many albums.  I think his camera would in fact work today, if I could find some film – I’ve kept it safe, all these years. 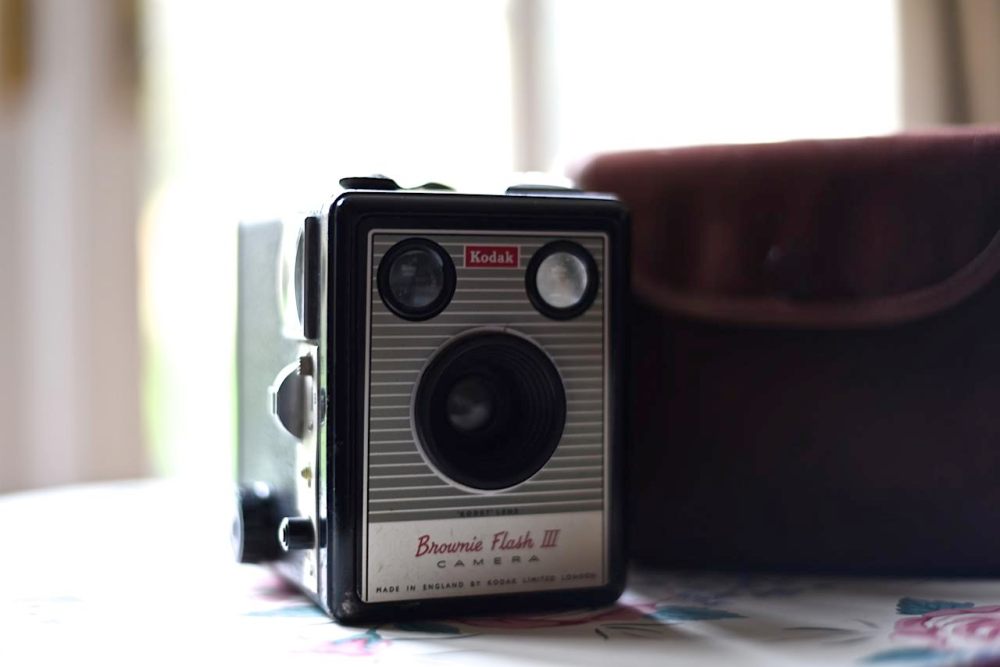 From my fastidious Auntie, on the other hand, I have her travelling iron – probably one of the first made – still with the instructions and in its tidy little dark green travelling box, more compact than today’s examples, strangely enough. 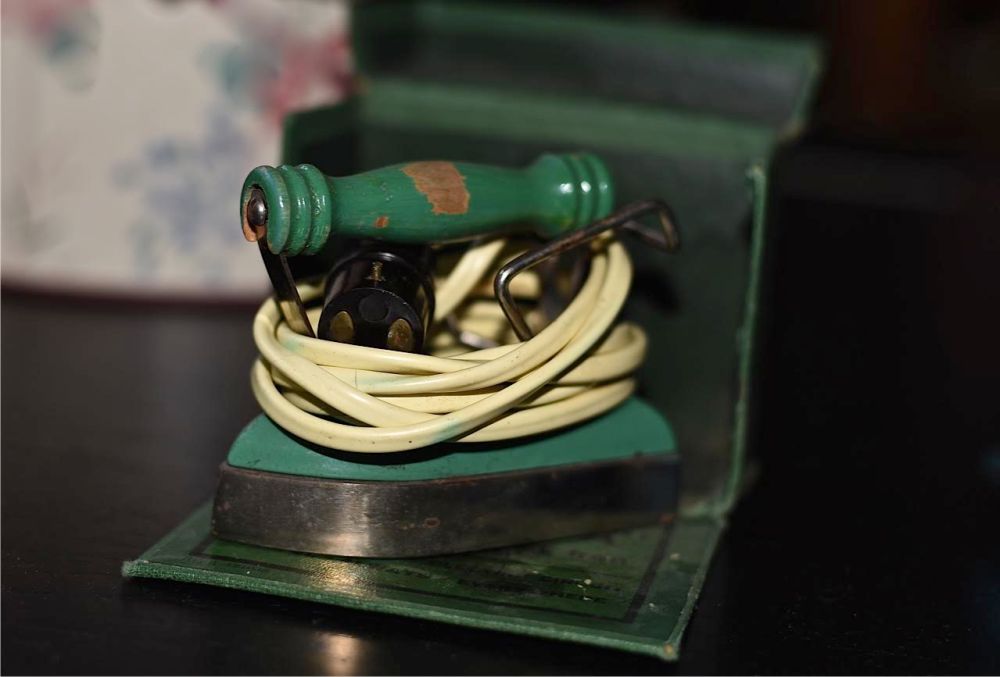 I also have a souvenir, made I think from bone, then in vogue.  It’s a tiny compact from a trip to Boulogne, with traces of Auntie’s face powder remaining, fresh and bright, after around 90 years.

Travelling and photography have become two of my most favourite things to do in life and it appears that I am simply following in the footsteps of a couple who had more influence over me than I ever imagined.  I miss them to this day, regretting that we never talked about their adventures together and now, there’s no-one left to ask – the sweet sadness of memories.