The Hound can hardly believe it – we are at Frensham Great Pond and there’s sand and water – a sight he’d only previously associated with West Wittering Beach.  Yes, he was in his element for in the summer months I am told, Frensham Great Pond offers a beach environment for the people of landlocked Surrey to enjoy – beach balls, deck chairs and all.  Even on this October morning, children were bathing.  Shh .. don’t tell him that dogs are not allowed …

I can see why this is called Surrey’s Beach – the sand does stretch quite some way and in the summer, the blue skies must make this a very appealing place to visit.  Savvy users, I am told, come by in the early morning as parking in peak season is quickly snapped up. 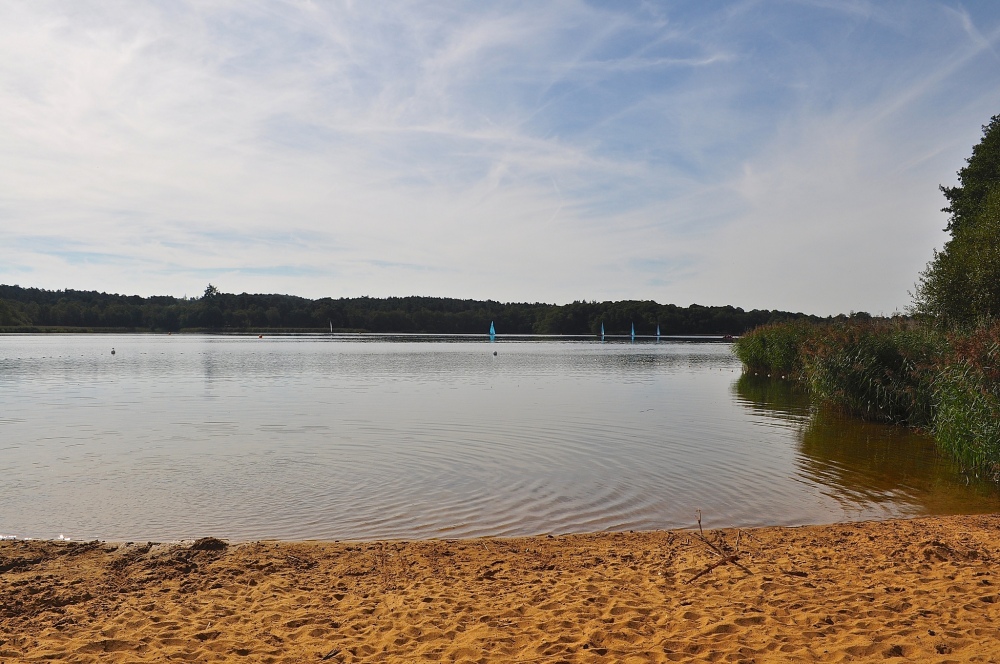 So beach aside, here’s the lowdown on Frensham Great Pond and Common.  It covers roughly 1,000 acres (400 hectares) of attractive countryside, lying midway between Farnham and Hindhead on either side of the A287. 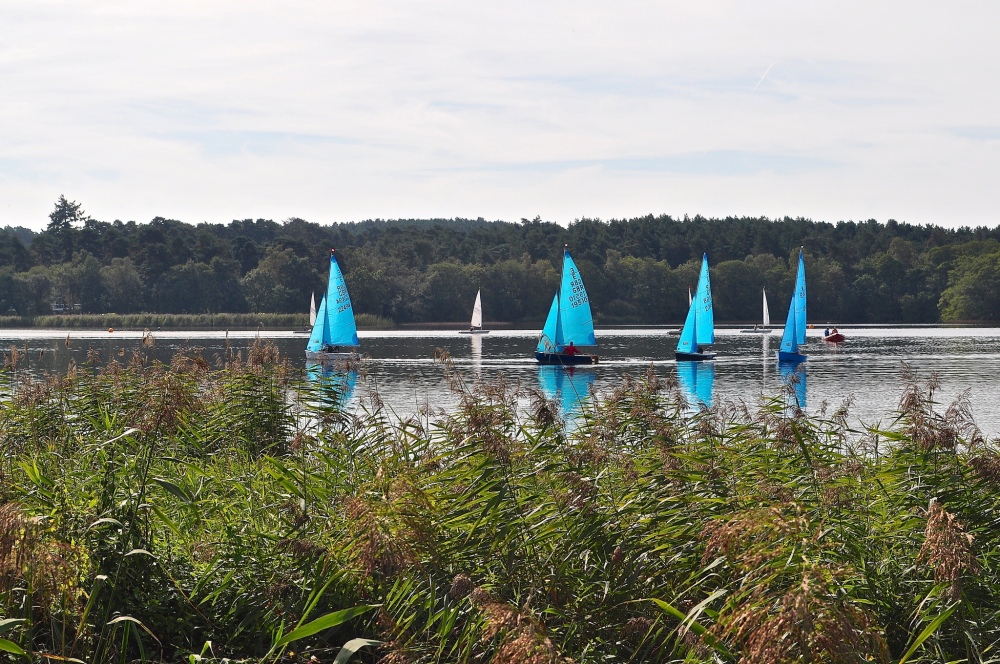 Frensham Common is owned by the National Trust, but most of the land is managed by Waverley Borough Council.  In days gone by, the locals would have used the heather turfs and wood as a source of fuel, roofing and animal bedding. 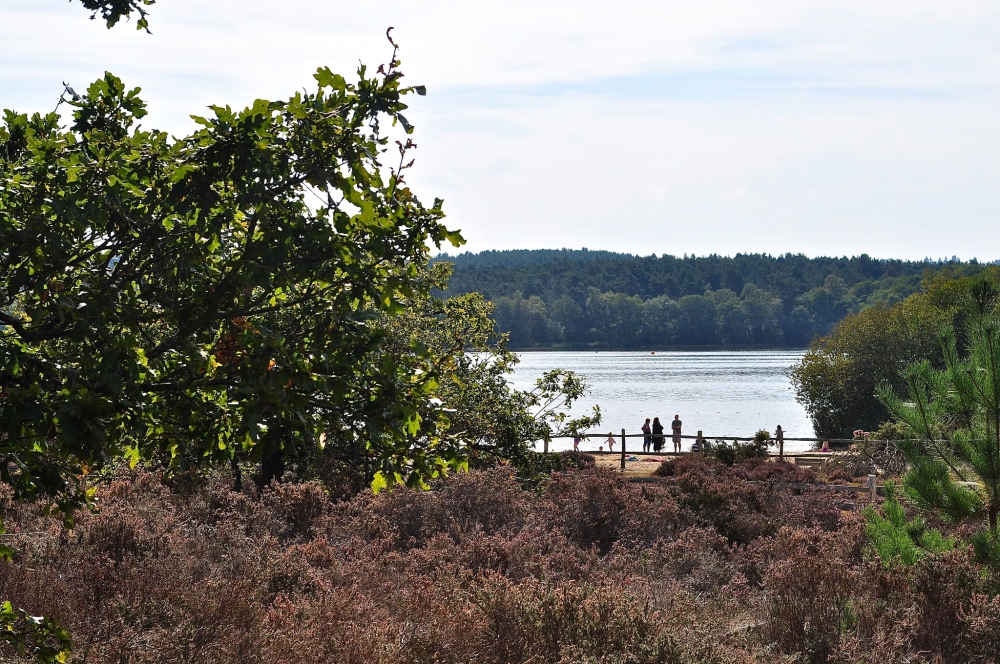 Today, like its sister Frensham Little Pond, the area is valued for nature conservation and is both a Site of Special Scientific Interest and an Area of Outstanding Natural Beauty.  The Kings Ridge Barrows are also a Scheduled Ancient Monument. 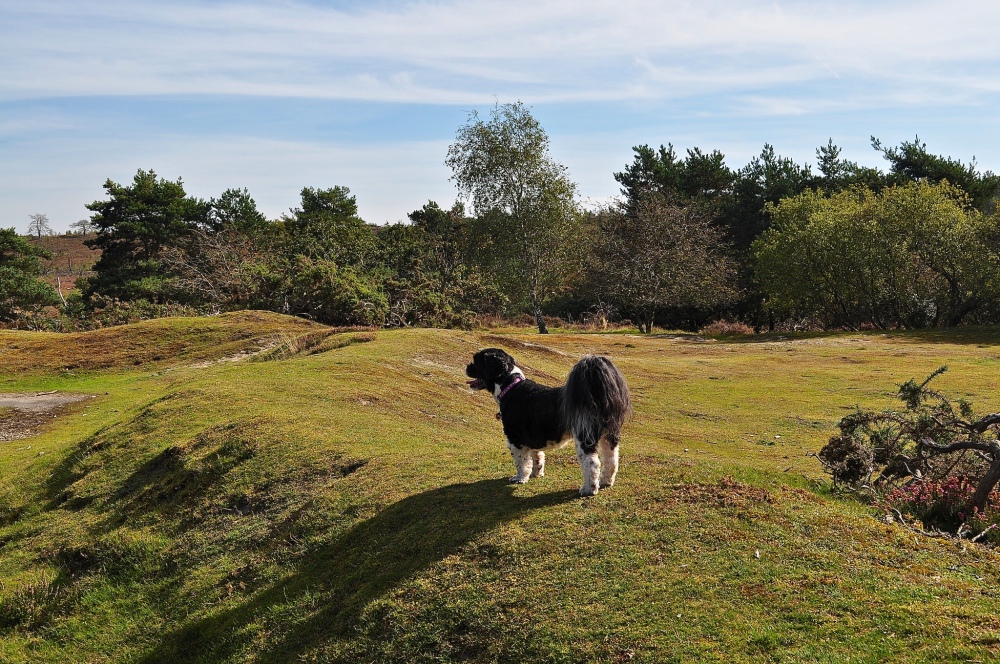 So, all in all, what does The Hound think?  Shame about being banned from the beach but still, enough acreage, smells and excitement to keep a little dog happy – he’s given it a four paw award.

Parking is free during the week. However, parking charges apply on Saturdays, Sundays and Bank Holidays from 10am-4.30pm (from Easter Good Friday to end September). National Trust members (please show your card or current NT vehicle sticker) – no charge