I’m focussing on the Isle of Wight at the moment and another magical childhood memory – visiting the mysterious and exotic Shanklin Chime!

The formation of the Chine (a local word of Saxon origin for a deep narrow ravine), has taken place over 10,000 years and the stream running through it would originally have flowed into the Eastern Yar River when Sandown Bay was land. With a drop of 32m (105 ft) to sea level in just over a quarter of a mile, Shanklin Chine covers an area of approximately three acres. 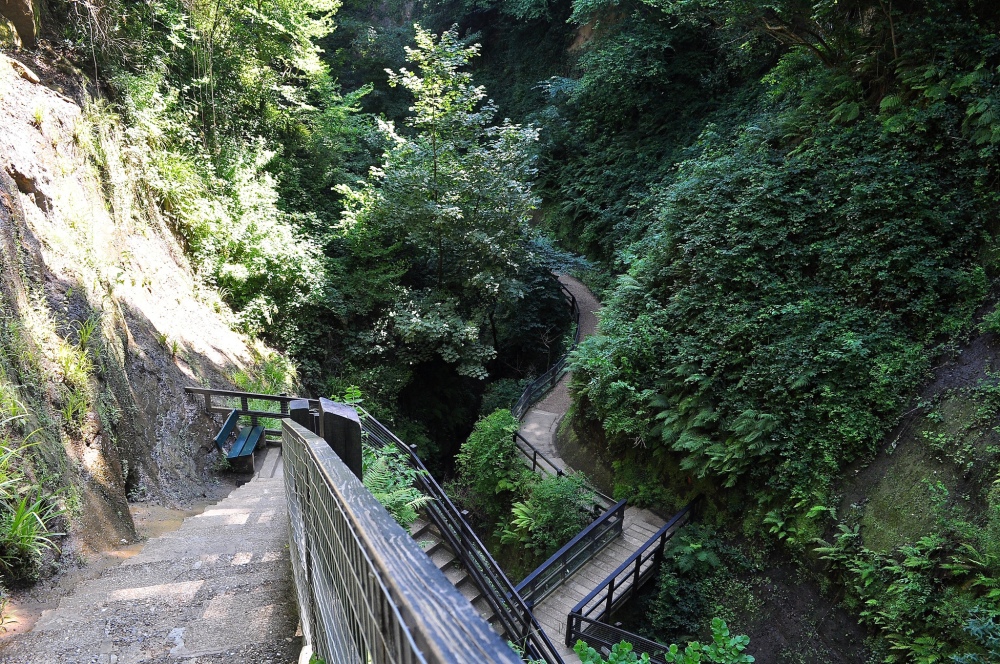 In the 18th century of course, it was a walk for the intrepid but William Colenutt excavated the present path in 1817 and opened it to the public.

All the writers, artists and poets of that time – Jane Austen, Keats, Rowlandson, Howitt, Dickens and Eliot among many others – were fast fans of the Chine.  With the arrival of Queen Victoria and Prince Albert at Osborne, Shanklin became a fashionable place to visit, much frequented by European royalty. 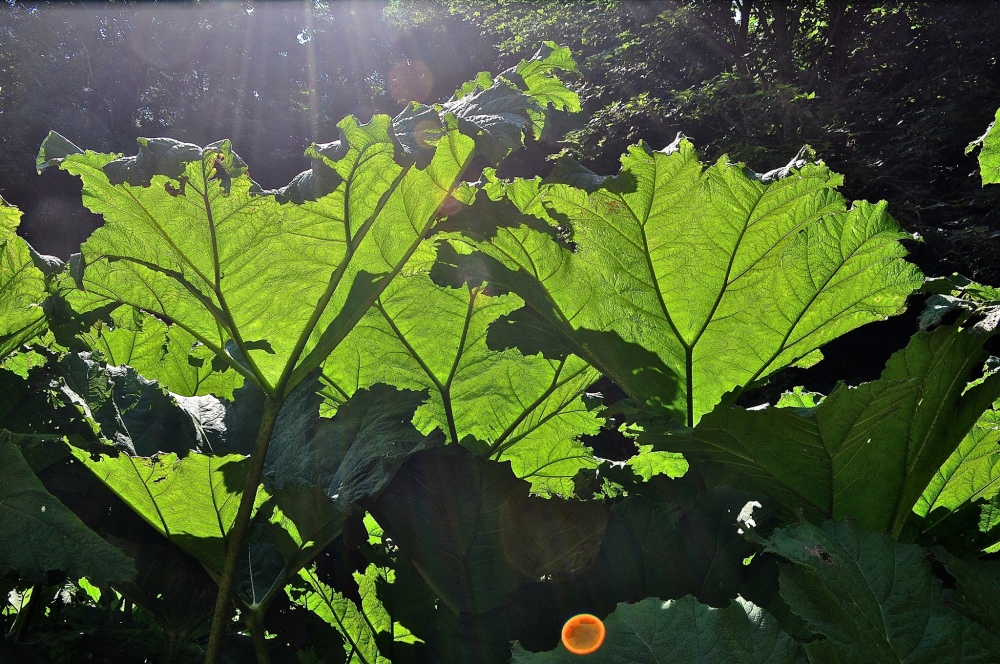 It’s still a wonderful attraction to visit and you can access either from the beach or from Shanklin Old Town.  Vertiginous stairways wind their way through the ravine and dense vegetation takes over, beautifully draping itself over the walkways.  Try out the stocks last used to punish miscreants in 1872 as you meander down to the sea.  There’s also a record of the pipeline PLUTO – pipeline under the ocean – (carrying fuel between the UK & France during WW2) and even a Victorian Brine Bath.  And the walk is quiet and peaceful, aided by the sound of birdsong and distant waves from Sandown Bay.  Even the ordinary fuchsia looks exotic in this environment.  Magical. 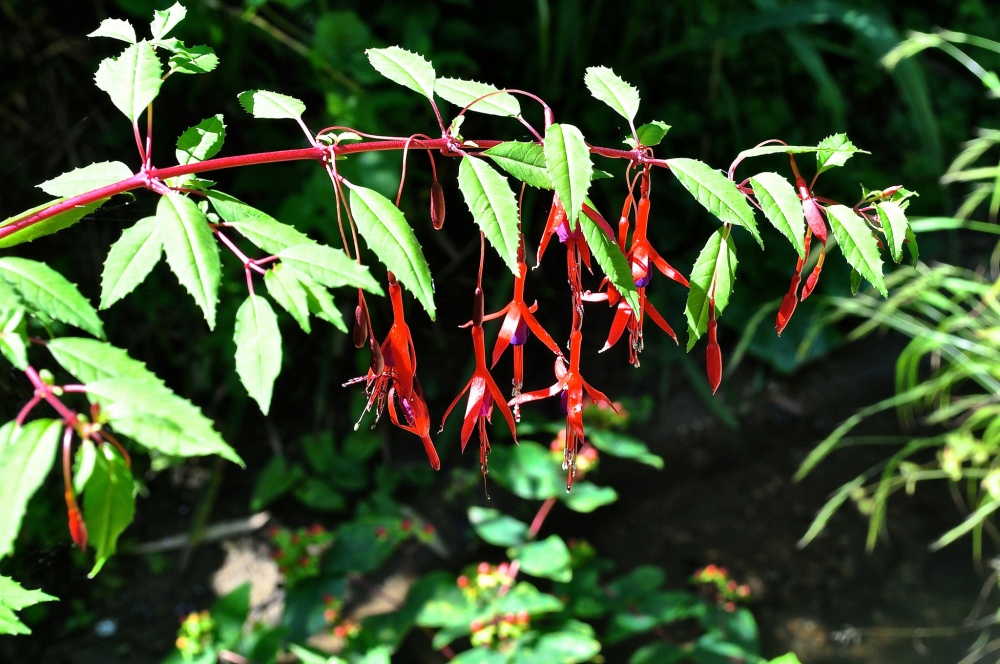 Shanklin Chine is open every day from 10 am to 5pm until 2nd November 2014 and its illuminated after dusk.  Entrance is GBP4 for adults and GBP2.20 for kiddies from 5 to 14 years of age.  Family ticket costs GBP12.50.

Oh – and doglets are welcome too on a lead, hence The Hound came too – and loved it.