One of the many highlights of the architectural tour of the Vitra Campus just outside Basel in Weil am Rhein, Germany, (a bus ride from Basel) is the chance to view the first building ever constructed by noted architectect, Zaha Hadid. 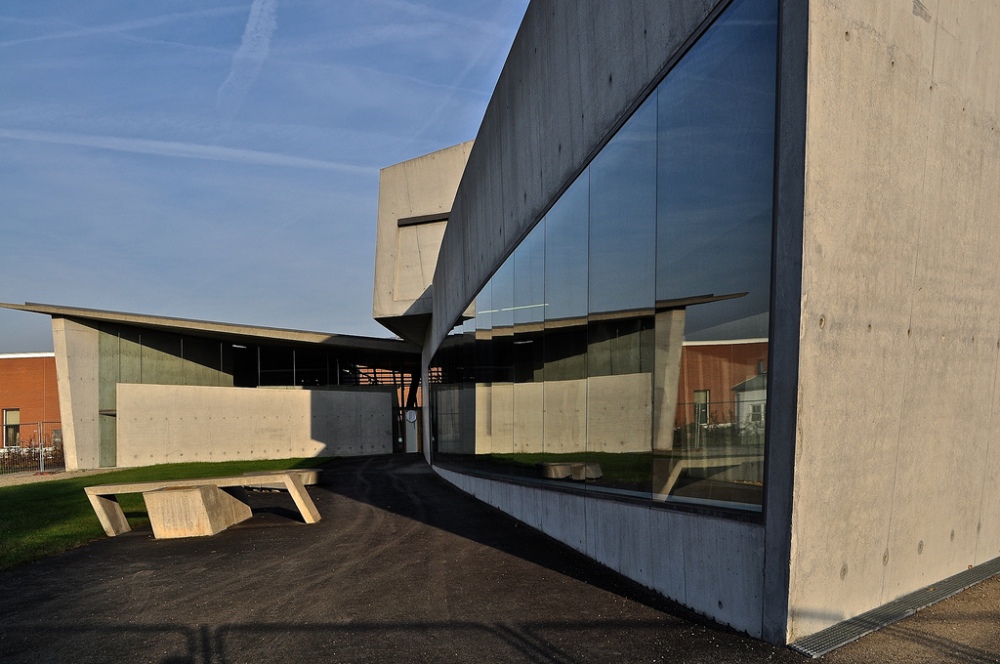 Vitra, being the design centric company that it is, took the innovative decision to collaborate with key architects for their Campus once their original 1950’s factory buildings burnt down.  This very event spurred them to commission an on-site fire station and they turned to Zaha Hadid for her input.  This became the first physical building that she ever created.  The year was 1993.

There is a style link to Zaha’s latest buildings without a doubt but this building is not an easy one to assimilate.  Indeed it is not meant to be – the interior keeps you on edge – no one vista has a straight line in it.  In fact that was the whole concept – to keep the crew on edge so they could keep at peak awareness to deal with any emergency.

Downstairs, there’s a large space for the fire engines, for their showers, lockers and changing rooms whilst upstairs, there’s a conference area and small kitchenette with an outside balcony.  There’s no colour, no compromise – just differing surfaces jostling with skewed perspectives. 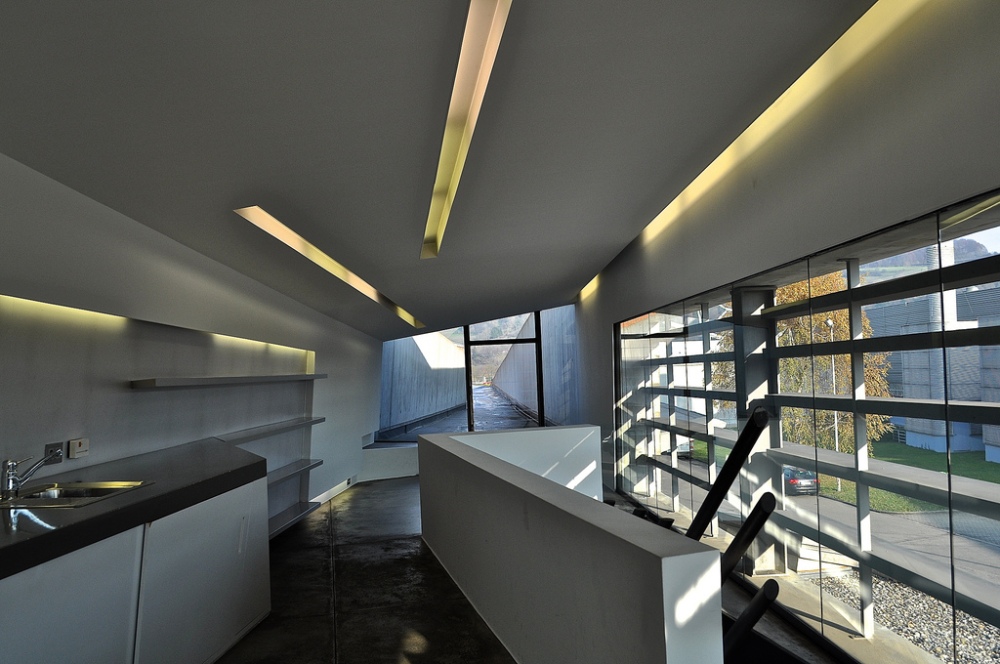 Today the nearby town handles any fire incidents and this building has been stood down, now used purely for events and for architectural tours for those interested in seeing around the Campus. Alongside Zaha’s creation, there are buildings by Herzog & de Meuron, Sanaa, Alvaro Siza, Tadao Ando, Nicholas Grimshaw, Jean Prouvé and of course Frank Gehry – in fact, this was his first building constructed in Europe.

My visit was arranged by my client Basel Tourism and is just one of the art and design adventures available when you visit the city.  Follow them on twitter @BaselTourism or Facebook/Basel Culture Unlimited.