I have passed the sign to Loseley House on the A3 countless times – but have never really had any idea of what it signified. At a loose end one bright summer’s day, I decided to join the 130,000 or so other annual visitors to satisfy my curiosity. 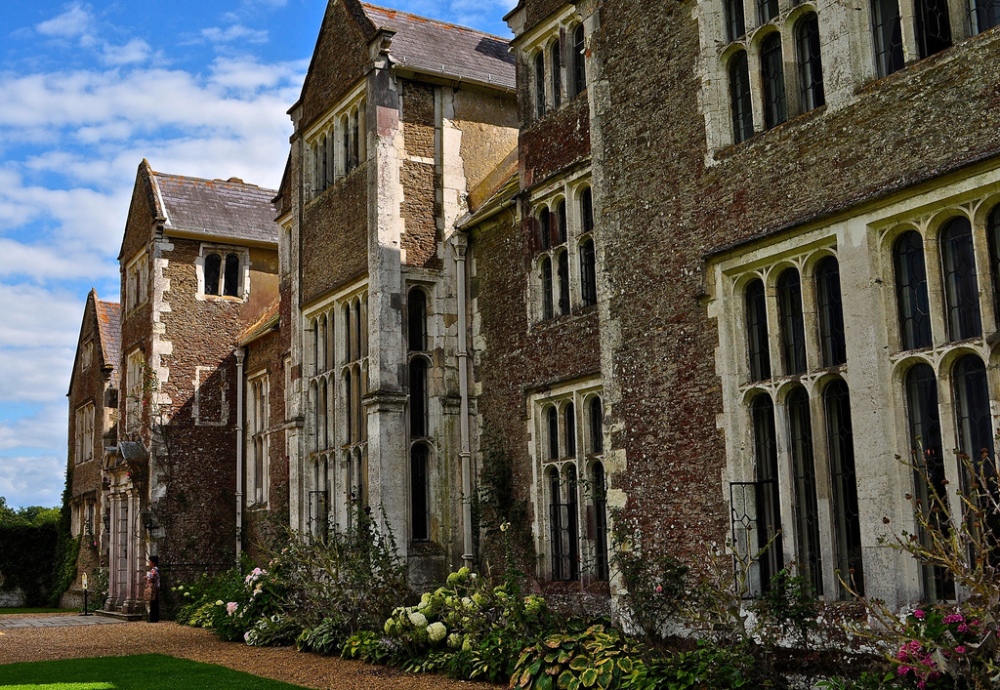 Loseley House is situated within 1,400 Surrey acres of which 140 is woodland and 650 is farmed for arable crops.  In the same family for over 500 years (the More-Molyneux’s) the current house was built by Sir William More more or less at the command of Queen Elizabeth I to whom he was a personal friend and trusted advisor.

The House cost GBP1,640. 19s 7d to build with most of the building stone coming from the ruins of the nearby Cistercian Waverley Abbey which was destroyed by Henry VIII.  It’s certainly a hidden gem with its panelling from Henry VIII’s Nonsuch Palace, carvings by Grinling Gibbons and remarkable paintings and mementos including George IV’s coronation chair. I particularly like the portrait of Anne Boleyn.

This amazing House has starred in numerous films and TV series including Emma, Foyle’s War, Sense & Sensibility, The Special Relationship, Midsomer Murders and most recently, Parade’s End.  I’m not surprised as it’s been meticulously and lovingly maintained.

The gardens are equally beautiful especially the 2.5 acre Walled Garden featuring a series of “rooms” including herb gardens, rose gardens (over 1,000 bushes apparently) a white garden and an organic vegetable patch.  Take a walk around the moat border and enjoy a recent addition, the 2.5 acre wild flower meadow.

Take tea by the historic mulberry tree which was purported to have been planted by Elizabeth I.

Don’t miss the lake walk either – it’s rather picturesque.

Unless you are planning a mini-series or a wedding soon, you will have to visit next year as the House is only open May – August.

House tours are 1pm – 5pm and the grounds are open from 11 am – 5pm – every day except Friday and Saturday.

This is a little treasure trove and I can’t wait to visit again – if only to hear the very informative, friendly and amusing House guides – just marvellous.  I think the family’s motto says it all – I am shut to envy but always open to a friend.