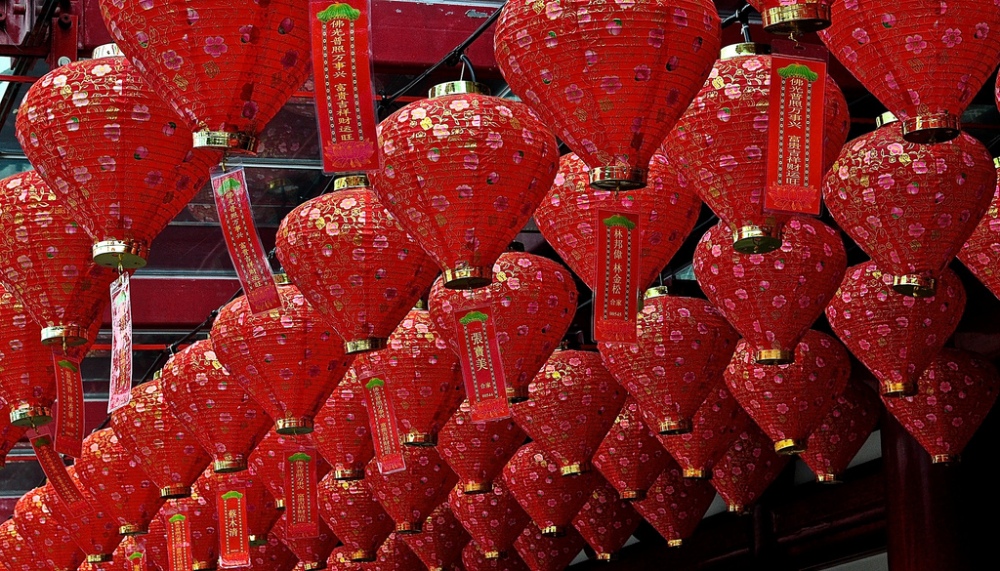 Chinese New Year has always held a fascination for me – probably because its outside of my personal experience. Two years ago, I experienced a little of what it was like (see here) in Singapore and now – on my bucket list for 2016 – is a trip to experience it in another Asian country. 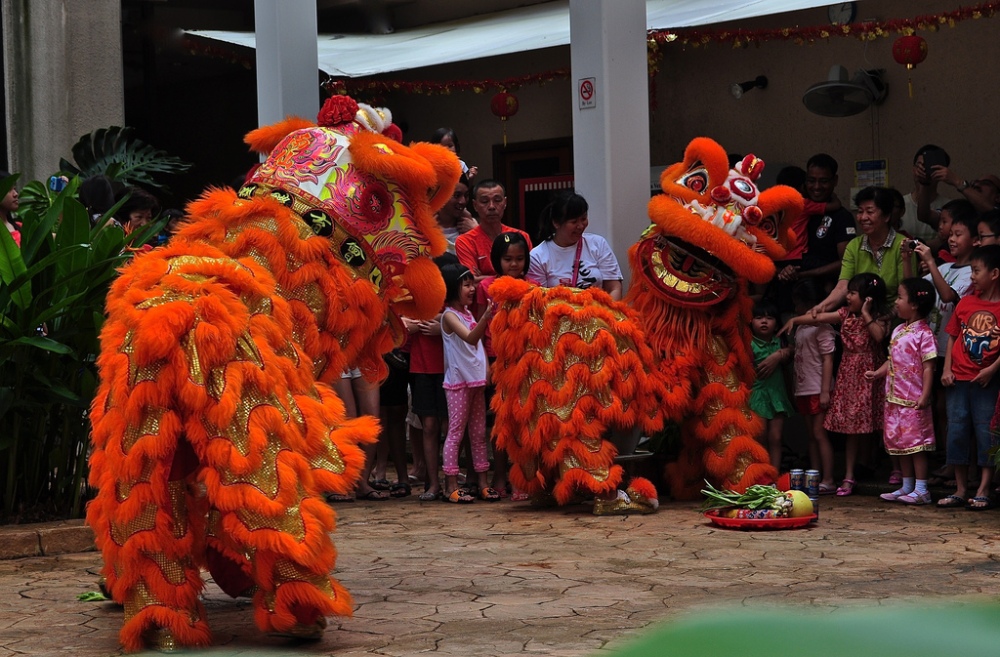 For now though, I think I might concentrate on the artistry and precision of the dragon dance because for me, as I followed the musicians and gymnasts performing in costume through the residential neighbourhood that I was staying in, their artistry was magnificent. 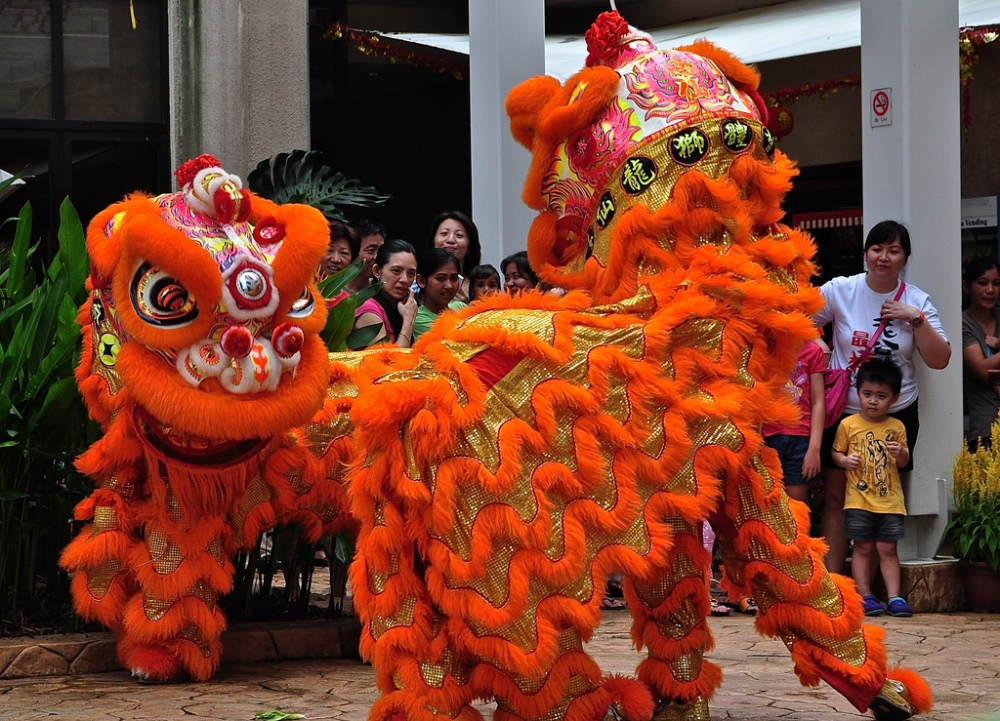 And their stamina mind-blowing in that humid climate … 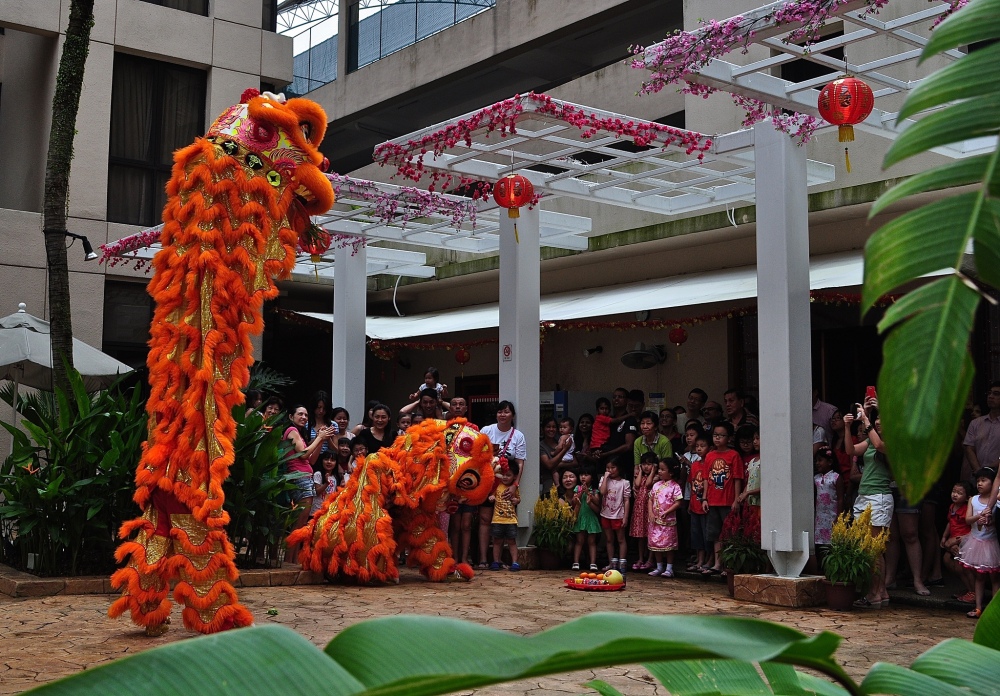 According to myth and legend, the beginning of Chinese New Year starts with the fight against a mythical beast called the Nian. Nian would come out on the first day of New Year to eat livestock, crops and even villagers, especially children. To protect themselves, the villagers would put food in front of their doors at the beginning of every year. 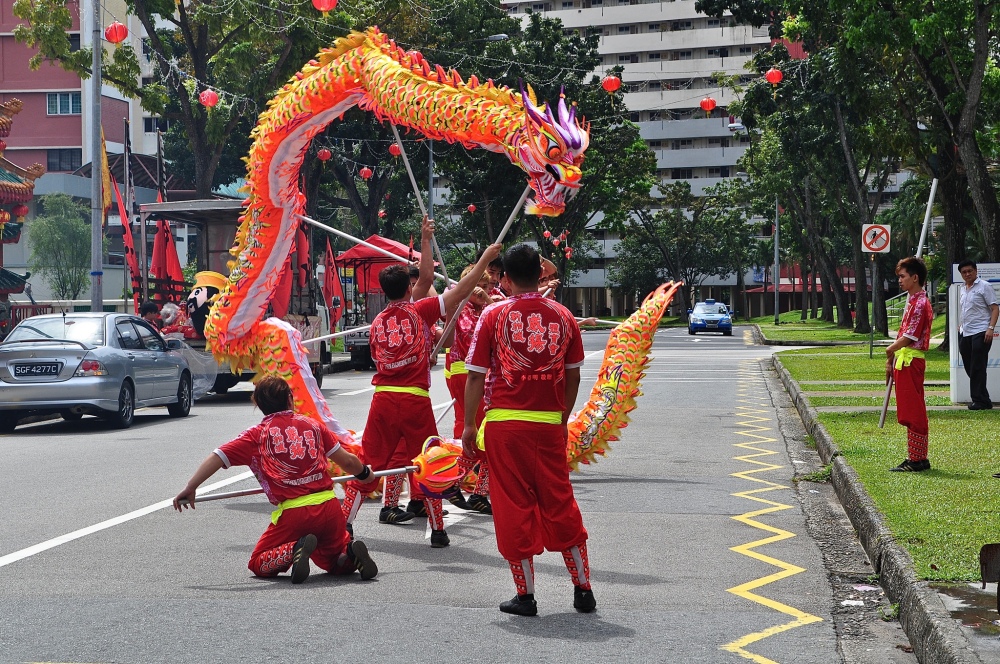 So – food offerings are left out and the dragon dancers take them leaving all safe for another year, thank goodness. 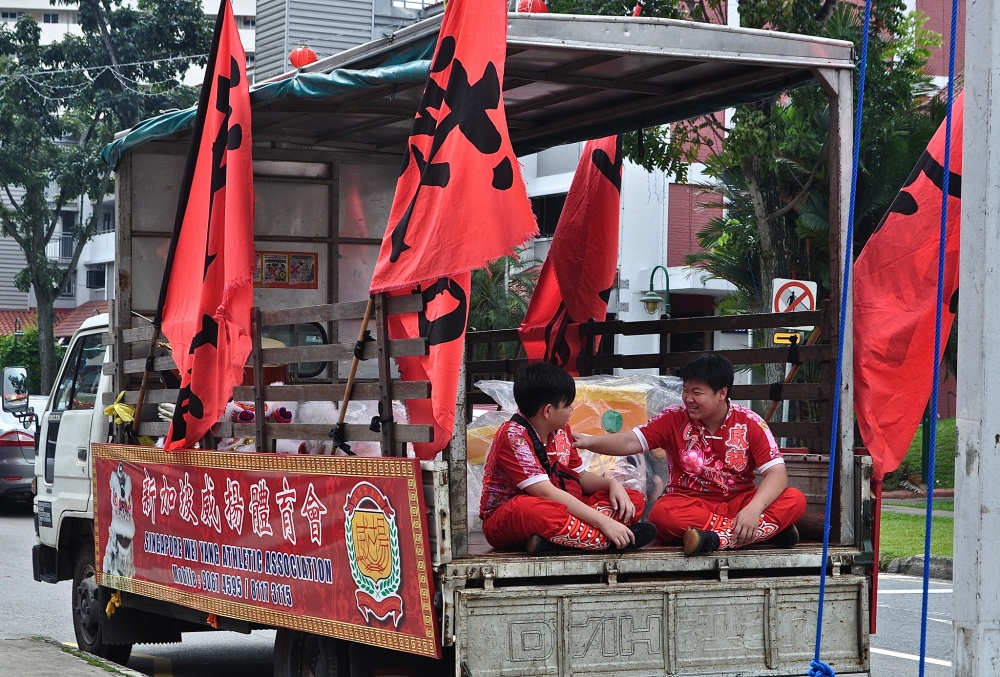 So wherever you are for Chinese New Year on Thursday 19th February in this Year of the Sheep, I wish you Gong Hey Fat Choy!  Click here to see what’s happening in London!